The message is both consistent and disturbing and it will be explored in depth Wednesday, August 24, as the Vail Valley Foundation teams with the Vail Symposium for a free multi-faceted and thought-provoking look at education in Colorado and around the globe.

The event will get underway at 3:30 p.m. at the Vilar Performing Arts Center in Beaver Creek as the Colorado Children's Campaign hosts a discussion of the trends in education, health and overall wellbeing that affect children in the Vail Valley. The conclusions are based on the findings of the Campaign's 2011 KIDS COUNT in Colorado! report. Complimentary hors d'oeuvres and beverages will be available following the discussion in the Vilar Center lobby.

Following the free discussion at 5 p.m., acclaimed filmmaker Robert A. Compton will be on hand to present condensed versions of two of his documentary films, Two Million Minutes-A Global Examination and The Finland Phenomenon—Inside the World's Most Surprising School System. 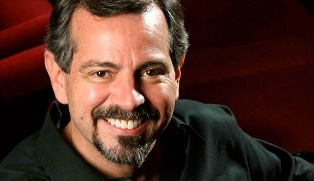 The complimentary tickets for the screening, lecture and question and answer session, entitled “Why Is America Behind The World In Education?” will be distributed through the Vilar Center Box Office and the Market Place Box Office in Vail Village beginning at 12:00 noon on August 24. A maximum of four tickets per person will be available.

“As a leader in education in the Vail Valley,” explained Foundation President Ceil Folz, “we felt it was our responsibility to ensure that anyone that has an interest in helping to improve our children's futures have the ability to attend this event. We need to take a broad-based look at examples of systems that truly work for students around the world and investigate how to make necessary changes here at home.”

In addition to his film work, Compton has also enjoyed a distinguished business career as a venture capitalist, a former President of a NYSE company, an entrepreneur founder of four companies and as an angel investor in more than a dozen businesses. He has traveled the world extensively, with his trips to India in 2005 and 2006 inspiring him to author ablog, publish a book, “Blogging through India” and to create the documentary Two Million Minutes.

The premise of Two Million Minutes is that regardless of nationality, as soon as a student completes the 8th grade, the clock starts ticking. From that very moment the child has approximately two million minutes to build their intellectual foundation until high school graduation.

How do most American high school students spend this time as opposed to students in the rest of the world? How do family, friends and society influence a student's choices for time allocation and what implications do their choices have on their future and on a country's economic future?

The film takes a deeper look at how the three superpowers of the 21st Century, China, India and the United States, are preparing their students for the future. It follows two students, a boy and a girl, from each of these countries, composing a global snapshot of education from the viewpoint of kids preparing for their future.

Finland's education system has consistently ranked among the best in the world for more than a decade. The question is, why Finland? Compton, along with Harvard researcher, Dr. Tony Wagner, decided to find out and the result of their research is captured in "The Finland Phenomenon.

The film guides the viewer through an inside look at the world's finest secondary education system. From within classrooms and through interviews with students, teachers, parents, administrators and government officials, Wagner reveals the surprising factors accounting for Finland's rank as the #1 education system in the world.