BreakEFX, a Colorado-based dance company will headline the Bud Light Hot Summer Nights of Dance on Tuesday, August 10 at 6:30pm to conclude the 2010 Vail International Dance Festival. The urban dance crew are also the featured performers at this year's Village Vignettes. The two preview performances will take place at 12pm on Saturday, August 7 at The Arrabelle at Vail Square and at 12pm on Sunday, August 8 in Beaver Creek Village. 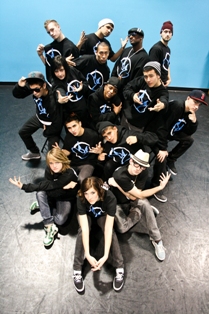 Founded in 2006, BreakEFX is a hip-hop dance company that was created to offer a breath of fresh air to the urban dance entertainment industry and dance education community in Colorado. Their shows combine cutting edge choreography with comedic relief and acrobatics to offer its audience an energy-filled performance for all ages!

BreakEFX has received many dance accolades, including being named “Colorado's Best Dance Crew” in 2008, and winning the championship title in Verve Collizions Hip Hop Competition in Boulder, Colorado in both 2008 and 2009. The group was also a recent West Coast Regional Finalist for the 5th season of MTV's “America's Best Dance Crew.”

In addition to their accomplishments in the entertainment world, the BreakEFX Crew is committed to youth and community outreach and strives to translate their passion for and love of dance to programs created for Colorado schools.

Village Vignettes is a part of the Vail International Dance Festival, and is an off-stage event that provides a unique, up close look at select Festival performers. The event is free and open to the public.

BreakEFX will make their on-stage debut at the free Bud Light Hot Summer Nights of Dance at the Gerald R. Ford Amphitheater on Tuesday, August 10 at 6:30pm.