RealAspen News and Community Content Feed
By Real Vail
May 12, 2011

Memphis-born street dance prodigy Charles “Lil Buck” Riley will be the Artist-In-Residence at the 2011 Vail International Dance Festival. He will perform in International Evenings of Dance I and II on August 5 and 6 at 7:30 p.m. at the Gerald R. Ford Amphitheater.

At just 22, Lil Buck is known as one of the world's top street dancers. Lil Buck specializes in Jookin, a Memphis-based freestyle dance characterized by intricate footwork. Lil Buck was first exposed to Jookin at age 13 and he vividly recalls a man sliding effortlessly across a carpet to the overwhelming praise of his onlookers. He immediately began learning the style from top Jookers on the street and in empty parking lots. 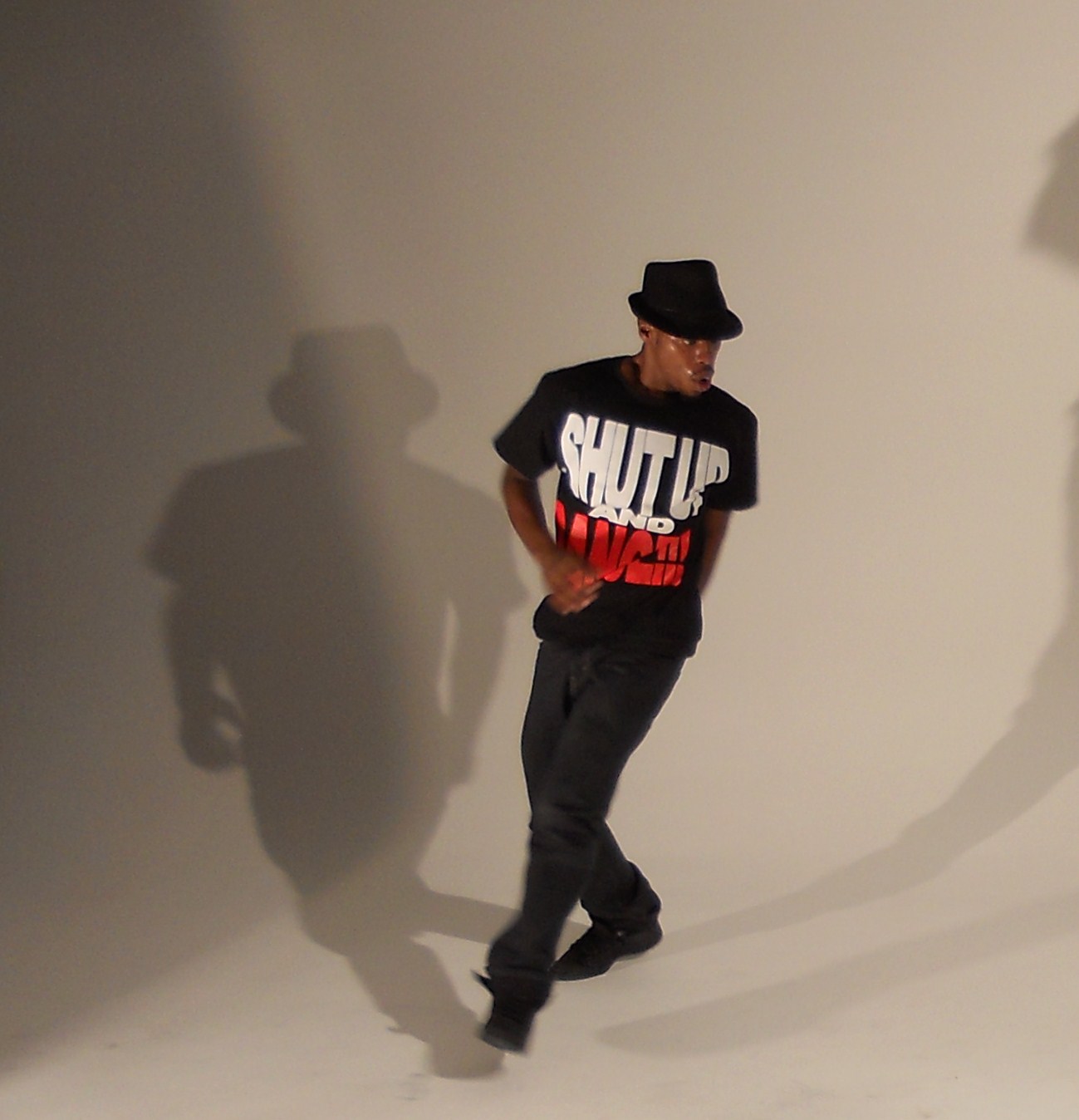 Lil Buck constantly looked to his teachers and dancers on film and television — such as Michael Jackson and Michael Chambers -- for inspiration. His style is also influenced by the two years of classical training he received at the New Ballet Ensemble and School in Memphis, and he refers to Jookin as “urban ballet,” noting a similar smoothness about the two techniques.

After establishing himself in Memphis, Lil Buck moved to Los Angeles with only a train ticket, $20 and a dream — to expose new audiences to Memphis Jookin. His goal was to find a way to use his dancing “to show that Memphis is more than just barbecue and blues; to show that it has a very beautiful art that started from the street.”

To this end, Lil Buck currently directs a dance crew called New Styles Krew, which is composed of Jookers, poppers, b-boys, contemporary dancers, modern dancers, tap dancers and graffiti artists. He is also working on a theatrical Jookin production, which he hopes to tour with a live symphony. Lil Buck's aim is to educate people about Jookin so that it can spread, thrive and evolve.

Lil Buck also collaborates with Vail International Dance Festival Artistic Director Damian Woetzel and renowned cellist Yo-Yo Ma. In April 2011, he worked with Woetzel, Ma and The Silk Road Ensemble in a demonstration and workshop at Inner-City Arts in downtown Los Angeles for more than one hundred students from the Los Angeles Unified School District.

Lil Buck says, “It was so beautiful because when I was a kid, I wasn't introduced to the arts like that. I fell in love with what they do. It's so amazing that kids get these opportunities. The kids thought it was beautiful. They are so eager to learn. The children are the ones that keep it going, so we need to teach it to the youth.

"That day, I performed a piece where I danced to the music of a bagpiper from The Silk Road Ensemble. My feet listened to the bagpipe, and my feet went crazy.”

Through his work with Woetzel and Ma, Lil Buck has become an overnight YouTube sensation. In April 2011, Spike Jonze taped a performance of Lil Buck performing “The Dying Swan” to Yo-Yo Ma's accompaniment, and within days, the video approached one million hits on YouTube. Lil Buck will continue to work with Woetzel and Ma. On June 7, 2011, he will perform with Yo-Yo Ma and The Silk Road Ensemble at Central Park/Mainstage for SummerStage's opening night performance at 6:30pm.

In August 2011, Lil Buck will perform in five unique programs at the Vail International Dance Festival at the invitation of Artistic Director Damian Woetzel. He will be joined by two other Jookers: Keviorr and Lil Buck's cousin Ron. Lil Buck promises a phenomenal show. “I can't even imagine what you're going to think,” he says, “It will be strong and theatrical, and Keviorr and I are going to do a ‘battle,' which is raw dance.”

As the 2011 Artist-In-Residence, Lil Buck will also choreograph a world premiere in Vail, which will be unveiled at the UpClose: Premieres program. Lil Buck will also be featured in the Dance TV program. His television experience includes three separate appearances on "The Ellen DeGeneres Show" and he has appeared in music videos for The Black Eyes Peas, Flo Rida and Busta Rhymes, among others.

One of his favorite projects has been choreographing and performing in the music video for “Tightrope” by Janelle Monae, who is a personal fan of Lil Buck. Lil Buck used Monae's music to inspire his choreography, and at various moments throughout the dance, he appears to be floating across a tightrope.

In this article, we will tell how you can easily get AOL Mail Login. Launched in 1985, AOL Mail is a free of charge email service, provided by AOL. AOL Mail Login has become aol mail login quite popular in recent times.Norton Internet Security is a widely used security. If you want to get Norton Internet Security then you can go tonorton.com/setup.To log in to Xero, go to the xero login screen. To log in to Xero Central, click Login at the top of any Xero Central page. ·Netsuit login is the leading integrated cloud business software suite, including business accounting, ERP, CRM and ecommerce software.A typical web-based email service, nowadays, is complex but AOL’s simplicity is what makes it more user-friendly. AOL.mail login is an easy process for pople of all age groups.Go and visit aol mail login.

aol mail loginon Mobile Website via aol.com mail login · Visit AOL.com and tap on the three horizontal lines on the top right corner. ·The Amazon Prime Activation Code is a six digit alphanumeric code that can be found on your TV screen when you click on “Register” on amazon.com/mytv Amazon prime paid for online streaming services used at amazon.com/mytv Gives users access to a variety of services such as instant delivery.Search for “Amazon” to find the www.amazon.com/mytv app.Get more information The Amazon . For this you just have to go to Amazon and activate amazon with the help of You can visit our website amazon.com/mytvfor details of the entire process.

Download the Discovery app · Open the app · Sign in · Visit discovery.com/activate Select the TV provider. To activate Discovery , visit discovery.com/activateand enter the activation code you get from your device. Choose your TV provider on the app and sign.Stream Discovery on Roku With Discovery , you can watch full episodes and Live TV from Discovery Channel anytime anywhere.If you are a new subscriber, you can redeem your gift card, voucher or promo code by visiting discoveryplus.com/redeem, entering your code and following the step-by-step instructions.discoveryplus.com/activate - Enter the 8-digit code you see on your TV to activate disney plus channel on your device. Steps to find disneyplus begin code.Learn how to connect printer to wifito WiFi so that you can print to it from any device connected to the same network.Connect the printer with a temporary USB connection (Windows) · Search Windows for HP, and then click your printer name from the list of results.For the aol mail login,go to www.mail.AOL.com website and then click on the '​Sign In' option. Provide your username and password to login successfully.

To activate Discovery , visit discovery.com/activateand enter the activation code you get from your device. Choose your TV provider on the app and sign.If you are a new subscriber, you can redeem your gift card, voucher or promo code by visiting discoveryplus.com/redeementering your code and following the​ ...Disney+ is the exclusive home for your favorite movies and TV shows from Disney, Pixar, Marvel, Star Wars, and National Geographic. Start streaming today For more disneyplus.com/startinformation visit our website.An Epic Games account is required to redeem a V-Bucks Card code If you have played Fortnite, you already have an Epic Games account. After entering your code on fortnite.com/vbuckscard, select the platform where you would like the V-Bucks applied.turbotax.ca/downloaddesktop tax preparation software and do your taxes on your computer. Choose from basic personal taxes to self-employed tax software.

To redeem your V-Bucks, enter the pin from the back of your card at fortnite.com/vbuckscard An Epic Games account is required to redeem a V-Bucks Card ...After purchasing a V-Bucks card, visit www.fortnite.com/vbuckscardto learn more and redeem your V-Bucks for use on any device.E-file your federal and state tax returns with taxact loginOur tax preparation software offers easy guidance and ensures your maximum tax refund.FreeTaxUSA is a robust online personal tax preparation service that lets you e-​file ... If you sign in on an unrecognized device, you'll have to answer the security​ For more FreeTaxUSA logininformation visit our website .Navigate to Activate.fox.comusing a web browser on your mobile device, laptop, tablet, or PC. · Enter the code that was provided on your connected device​ ...