RealAspen News and Community Content Feed
By Real Vail
May 9, 2011

Several new artists have been added to the 2011 Vail International Dance Festival lineup, scheduled for July 31 to August 13. Additional dancers were announced for two performances, audience favorite Ballroom Spectacular and the inaugural DanceTV.

Dancer, teacher and choreographer Alvaro Salas began his tango career in 1989, he is in constant demand at worldwide festivals and has choreographed for both film and television. Salas will partner with Natalia Hills for the one-of-a-kind evening that showcases ballroom dance styles from around the world. 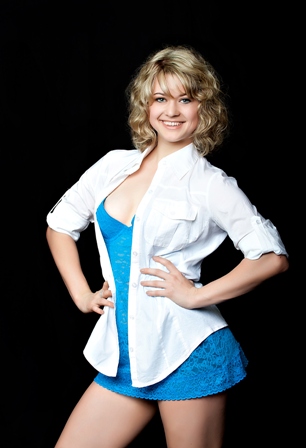 Max Pitruzzella and Annie Trudeau are an energetic and innovative swing dancing couple. Based in Montreal, they teach and choreograph swing dancing and are also active on the dance completion circuit and have won the last three International Lindy Hop Championships. World renowned, they get invited around the globe and share their passion of swing dancing.

In their short partnership, Liana Churilova and Emmanuel Pierre-Antoine have taken the North American competitive and show arenas by storm. This year alone, they have won the prestigious La Classique de Quebec in Canada, the Florida Superstars DanceSport Championships, the Philadelphia Dance Festival and several Arthur Murray Dance-O-Rama competitions in Las Vegas, New Orleans and Miami. Emmanuel's success has also garnered him appearances on PBS' “America's Ballroom Challenge and ABC's “Dancing with the Stars.”

The 2011 Vail International Dance Festival will close on Saturday, August 13 with a new program titled Dance TV, celebrating the popularity and success of dance on the small screen. Recently added to this first-time program are dancer Lauren Froderman and hip-hop dance group Quest Crew.

Quest Crew was named MTV's "America's Best Dance Crew" on Season 3. They have also appeared on "American Idol," "So You Think You Can Dance," the motion picture "Alvin and The Chipmunks 2: The Squeakquel" and dozens of television, music video and stage performances throughout the United States. Quest Crew's performances mix high-flying, eye-popping tricks and innovative choreography with each member's personality. Each dancer in Quest Crew has a specialty and brings a unique style to every performance.

The 2011 Vail International Dance Festival will take place July 31 through August 13 at the Gerald R. Ford Amphitheater in Vail and Vilar Performing Arts Center in Beaver Creek, while community events will be held in streets and villages throughout the Vail Valley. Under the leadership of Artistic Director and former New York City Ballet Principal Dancer Damian Woetzel, the 2011 Vail International Dance Festival will host a total of 17 performances.

I was surfing net and fortunately came across this site and found very interesting stuff here. Its really fun to read. I enjoyed a lot. Thanks for sharing this wonderful information. Zonnepanelen Oost-vlaanderen

This is really a nice and informative, containing all information and also has a great impact on the new technology. Thanks for sharing it, Spouwmuurisolatie Sint-Laureins

Two full thumbs up for this magneficent article of yours. I've really enjoyed reading this article today and I think this might be one of the best article that I've read yet. Please, keep this work going on in the same quality. Zonnepanelen Aalst

Awesome blog. I enjoyed reading your articles. This is truly a great read for me. I have bookmarked it and I am looking forward to reading new articles. Keep up the good work! Spouwmuurisolatie Stekene

I’ve been searching for some decent stuff on the subject and haven't had any luck up until this point, You just got a new biggest fan!.. Zonnepanelen Affligem

Truly, this article is really one of the very best in the history of articles. I am a antique ’Article’ collector and I sometimes read some new articles if I find them interesting. And I found this one pretty fascinating and it should go into my collection. Very good work! Spouwmuurisolatie Temse

I am really enjoying reading your well written articles. It looks like you spend a lot of effort and time on your blog. I have bookmarked it and I am looking forward to reading new articles. Keep up the good work. Zonnepanelen Asse

I am really enjoying reading your well written articles. It looks like you spend a lot of effort and time on your blog. I have bookmarked it and I am looking forward to reading new articles. Keep up the good work. Zonnepanelen Berlare

There is definately a great deal to know about this subject. I like all of the points you've made. Spouwmuurisolatie Zele

I’ve been searching for some decent stuff on the subject and haven't had any luck up until this point, You just got a new biggest fan!.. Zonnepanelen Denderleeuw

This post is good enough to make somebody understand this amazing thing, and I’m sure everyone will appreciate this interesting things. Zonnepanelen Dendermonde

wow, great, I was wondering how to cure acne naturally. and found your site by google, learned a lot, now i’m a bit clear. I’ve bookmark your site and also add rss. keep us updated. Spouwmuurisolatie Zulte

I finally found great post here.I will get back here. I just added your blog to my bookmark sites. thanks.Quality posts is the crucial to invite the visitors to visit the web page, that's what this web page is providing. Zonnepanelen Erembodegem

Took me time to understand all of the comments, but I seriously enjoyed the write-up. It proved being really helpful to me and Im positive to all of the commenters right here! Its constantly nice when you can not only be informed, but also entertained! I am certain you had enjoyable writing this write-up. Zonnepanelen Gent

I’m excited to uncover this page. I need to to thank you for ones time for this particularly fantastic read!! I definitely really liked every part of it and i also have you saved to fav to look at new information in your site. Zonnepanelen Lede

I am really enjoying reading your well written articles. It looks like you spend a lot of effort and time on your blog. I have bookmarked it and I am looking forward to reading new articles. Keep up the good work. Zonnepanelen Liedekerke

Pretty good post. I just stumbled upon your blog and wanted to say that I have really enjoyed reading your blog posts. Any way I’ll be subscribing to your feed and I hope you post again soon. Zonnepanelen Moorsel

It is extremely nice to see the greatest details presented in an easy and understanding manner. Zonnepanelen Ninove

When your website or blog goes live for the first time, it is exciting. That is until you realize no one but you and your. Zonnepanelen Opwijk

This is my first time i visit here and I found so many interesting stuff in your blog especially it's discussion, thank you. Zonnepanelen Sint-Lievens-Houtem