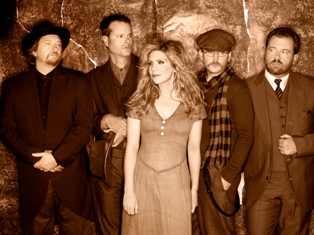 A leading country music singer from the ‘90s and Grammy award-winner, Travis Tritt, performs on Wednesday, July 27 at 8:00 p.m. Tritt's music is a blend of country with southern rock and honkytonk.

Alison Krauss has sold in excess of 12 million albums and garnered 26 Grammy Awards, the most for any female. Krauss effortlessly bridges the gap between roots music and country, rock and pop and will perform at the VPAC, along with her band Union Station featuring Jerry Douglas, on Saturday, September 3 at 8:00 p.m.

Additional acts for the VPAC's 2011 Summer Concert Series will be announced in May.

Tickets for Chris Isaak, Indigo Girls, Travis Tritt and Alison Krauss & Union Station featuring Jerry Douglas will go on sale Monday, April 11 at 11 a.m. MST online at vilarpac.org, by phone at 888.920.ARTS(2787) or in person at the VPAC Box Office in Beaver Creek or Marketplace Box Office in Vail Village.