RealAspen News and Community Content Feed
By Real Vail
March 31, 2011
The 2011 Vail Film Festival get under way today and runs through Sunday, April 3, showcasing 67 films from around the world, including 11 feature films and 56 documentaries, shorts, adventure, student, and animated films. All the films will be screened at the new Sebastian Hotel in Vail Village, and Cinebistro in the Solaris complex.

The 2011 Festival will donate 5 percent of the overall ticket sales to the American Red Cross for earthquake and tsunami recovery efforts in Japan, and an additional 5 percent to Angelight Films, a non-profit production company that gives chronically ill children the opportunity to express themselves in their own short film. 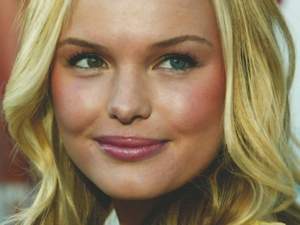 Kate Bosworth will receive the Excellence in Acting Award at this year's Vail Film Festival.

The Vail Film Festival announced that Kate Bosworth, star of “Blue Crush,” “Superman Returns” and “Beyond the Sea” will attend the festival and receive the Excellence in Acting Award, and Emmy Award-winning actor/filmmaker Michael Imperioli will attend the festival to receive this year's Renegade Award for Risk Taking in Film, an honor bestowed to Zach Braff, Jeremy Davies, and filmmaker Kevin Smith in recent years.

The 2011 Festival will officially open on March 31 at the Vail Mountain School with a screening of “Falling Overnight.” Also on Thursday, the Festival is proud to screen the Colorado premiere of “Super,” an action-packed comedy starring Rainn Wilson, Kevin Bacon, Liv Tyler and Ellen Page.

New to this year's program, the Vail Film Festival is excited to announce the launch of the “Cadillac Short Series,” the only festival “venue” in which the public will be invited to view festival programming from the comfort of a 2011 Cadillac Escalade, a 2011 CTS Wagon, and a 2011 SRX, in the middle of Solaris Plaza. The Cadillac Short Series will feature short films screened on the vehicles' interior entertainment systems throughout the weekend.

In partnership with Olympus Imaging America Inc., the festival also welcomes back the 48-Hour film contest to the festival's program. The Olympus PEN Your Short 48 Hour Film Contest will kick off on March 31 at 11 a.m., followed by a period of 48 hours where registered filmmakers will be asked to create a short film using the new Olympus PEN camera.

All short films must be submitted by Saturday, April 2 at 10:59 a.m. Films submitted by this deadline will be screened on Saturday afternoon in the Cadillac Screening Room at Cinebistro. The contest winner will be announced during the Saturday evening Awards Ceremony. The winning team will receive $5,000, Olympus PEN Equipment, VIP Passes to the 2012 Festival, and a private meeting with a Hollywood film producer.

The Vail Film Festival has also launched a new feature on its website this year, allowing pass holders to create their own custom festival schedule, as well as rate and comment in real time on films they have seen. Pass holders who visit http://vailff.slated.com/2011/films during their visit to the hospitality lounge at the Sebastian hotel will be entered to win a 2011 Vail Film Festival VIP Gift Bag.

“The Vail Film Festival is honored to screen the work of established artists and emerging talent that will shape the film making landscape of tomorrow,” said the Vail Film Festival's Scott Cross. “True to the festival mission to nurture new filmmakers, many of the films have been directed or produced by first time filmmakers. After record submissions and an abundance of high quality work, we are very proud of the caliber of films at this year's festival. The mix of documentaries, dramas, comedies, shorts, and student films promises to be the best film program we've had yet.”

For a complete listing of 2011 Vail Film Festival program and screening schedule, go to www.vailfilmfest.com.

Positive site, where did u come up with the information on this posting?I have read a few of the articles on your website now, and I really like your style. Thanks a million and please keep up the effective work. MayUmbaNationalpark.com

Thanks for such a great post and the review, I am totally impressed! Keep stuff like this coming. formation de Gestion d'entreprise

I read that Post and got it fine and informative. interior design online course

This is such a great resource that you are providing and you give it away for free. I love seeing blog that understand the value of providing a quality resource for free. https://startupo.fr/course/198/

Great job for publishing such a beneficial web site. Your web log isn’t only useful but it is additionally really creative too. reverse phone lookup

CFB began these experiments of denim product production using environmentally friendly processes and procedures. This company has had a lot of success in this field of clothing. If you are looking for a reliable as well as a reputed company to manufacture your denim products, CFB is the best way to go. Clothing Manufacturer

What a great and great movie if you want to listen to such good movies then come to the app:https://cinemahdv2.net/

Wow! Such an amazing and helpful post this is. I really really love it. It's so good and so awesome. I am just amazed. I hope that you continue to do your work like this in the future also go now

Welcome to the watch the challenge series! This series is all about taking on different challenges and documenting the experience. Whether it's a physical challenge, mental challenge, or something else entirely, we're here to document it and provide some insights along the way.

We'll be posting regular updates on the blog, so be sure to check back often. In the meantime, feel free to browse the challenges below and see if any interest you. We welcome your feedback and suggestions, so don't hesitate to contact us.

Positive site, where did u come up with the information on this posting? I'm pleased I discovered it though, ill be checking back soon to find out what additional posts you include. hunting rifles

Hello, this weekend is good for me, since this time i am reading this enormous informative article here at my home. go now

I have read your excellent post. This is a great job. I have enjoyed reading your post first time. I want to say thanks for this post. Thank you... regali di natale

This was among the best posts and episode from your team it let me learn many new things. 스포츠토토

I wanted to thank you for this great read!! I definitely enjoying every little bit of it I have you bookmarked to check out new stuff you post. ắc quy ups tốt

Awesome article, it was exceptionally helpful! I simply began in this and I'm becoming more acquainted with it better! Cheers, keep doing awesome! Maryland Fake ID

Thanks for taking the time to discuss this, I feel strongly about it and love learning more on this topic. If possible, as you gain expertise, would you mind updating your blog with extra information? It is extremely helpful for me. Health wellness diabetes insulin

This is a smart blog. I mean it. You have so much knowledge about this issue, and so much passion. You also know how to make people rally behind it, obviously from the responses. link judi rajaslot