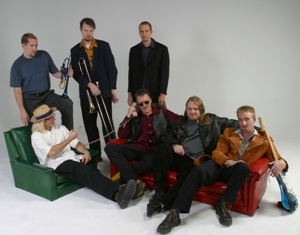 Since 1991, this seven-piece ensemble has blazed a trail across the United States and Canada with their infectious live shows that bring audiences to a frenzied boil, only to change gears into rootsy Reggae, rock and funk. Insatiable's heavy horns, tight rhythms, sizzling solos and upbeat stage presence provide the perfect blend of off-beat, off-center, dance floor sounds. They have appeared numerous times on NBC, TNT and TBS as part of NBA broadcasts and they were also a featured band at the 2002 Winter Olympic Games in Salt Lake City.

The 9-concert Bud Light Street Beat series has three more shows in the lineup this season: John Brown's Body on April 7; Rose Hill Drive on April 14 and the final show on April 21 with arena rock cover band, The Champions. Also taking place on April 21 is the 2011 Grand Prize Giveaway of a brand new Volvo C30T5. Locals of Eagle, Summit and Lake Counties with a valid ID can register to win the car at each Bud Light Street Beat concert.