Randolph's soulful brand of funk has bridged the gap between hip hop, contemporary gospel, jazz and high energy rock. Having cut his musical teeth in the House of God Church, Randolph became proficient at the pedal steel guitar, also known as sacred steel. Rolling Stone Magazine calls Robert Randolph one of the 100 Greatest Guitarists of All Time. 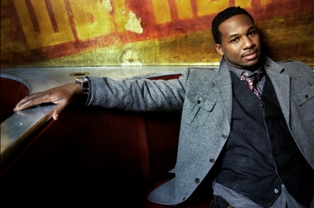 Keeping it truly a Family Band, the ensemble is made up of members of the Randolph family with cousins Danyel Morgan and Marcus Randolph leading the rhythm section on bass and drums and sister Lenesha singing background vocals.

Robert Randolph & The Family Band are known for their Southern flair and power-packed live shows that keep the crowd moving. Several of Randolph's hits have been picked up by the major leagues like “Ain't Nothing Wrong with That, featured in “The Game Plan,” “Stomp The Yard” and several television commercials. Randolph's “Thrill of It” was heard on “NBA Live 07” and “Saturday Night Football” and “We Got Hoops” can be heard on “NBA on ABC.”

This is the only Bud Light Street Beat concert of the season to be held in Golden Peak. Four more concerts are on the docket: Insatiable on 3/31; John Brown's Body on 4/7; Rose Hill Drive on 4/14 and the final show on 4/21 featuring an arena rock cover band, The Champions, who will play accompaniment to the 2011 Grand Prize Giveaway of a brand new Volvo C30T5. Locals of Eagle, Summit and Lake Counties with a valid ID can register to win the car at each concert.