Classic Albums Live to perform The Doors' 'L.A. Woman' in its entirety at Vilar Center

Experience one of rock music's most popular albums as it is recreated live on the Vilar Performing Arts Center (VPAC) stage on Tuesday, March 22 at 7:30 p.m. when Classic Albums Live presents The Doors' “L.A. Woman” in its entirety.

Classic Albums Live is a group of musicians that strive to produce shows that are pure replications of popular rock albums. They listen to the original album and compose sheet music to reproduce the sound exactly as it was made. 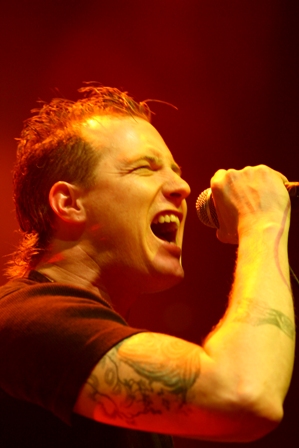 The group of musicians performs more than 100 shows each year with a solid roster of albums, including The Doors' “L.A. Woman” Pink Floyd's “Dark Side of the Moon,” Fleetwood Mac's “Rumours” and the Eagles' “Hotel California.”

“(We) learn the album and play the album, said Craig Martin, founder of Classic Albums Live, “No room for artistic interpretation or artistic license. That's what sets us apart from tribute bands (and other) cover bands.”

More like a symphony orchestra than a cover band, Classic Albums Live is a collection of world-class musicians who strive to produce precise renditions of the albums they perform. At the VPAC, the musicians and singers will perform “L.A. Woman” in its entirety as well as a second set of The Doors' greatest hits.

Originally released in 1971, “L.A. Woman” was the sixth and final studio album recorded by The Doors and became one of the most successful albums ever. The album is ranked on “Rolling Stone Magazine's” 500 "Greatest Albums of All Time." Lead singer Jim Morrison died in Paris, France three months after the album was released.

Tickets for Classic Albums Live presents The Doors' “L.A. Woman” are $48. Choose seats online at vilarpac.org, by phone at 888.920.ARTS(2787) or in person at the Vilar Center box office in Beaver Creek or Marketplace Box Office in Vail Village.

IF YOU GO:
What: Classic Albums Live presents The Doors' L.A. Woman
When: Tuesday, March 22 at 7:30 p.m.
Where: Vilar Performing Arts Center
Cost: $48

0 Comments on "Classic Albums Live to perform The Doors' 'L.A. Woman' in its entirety at Vilar Center"