The race is named and run in memory of Dan Conway, a great friend to ski racing at all levels throughout the Vail Valley, who passed away in May 2009. Through his position as Director of Racing for Vail and Vail Resorts, he played a key role in all competitions held on Vail and Beaver Creek Mountains, from World Cup and World Championships to NASTAR, including the annual Korbel American Ski Classic. 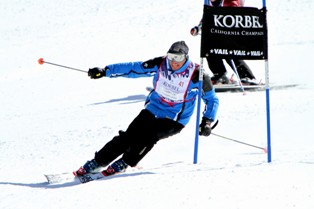 The Conway Cup, presented by Korbel, will feature a field of 45 four-member teams of local racers, competing in a dual race format, with one team earning the right to advance to a spot in the Korbel Ford Cup celebrity team competition March 25-26. Second and third place teams will also receive prizes.

Entries are priced at $80 per team ($20 per person), with proceeds benefiting the Conway Family Fund. Teams can register for the race online at http://conwaycup-2011.eventbrite.com.

All racers must be 21-years-of-age and all racers will receive a Conway Cup post-race party invitation for themselves and a guest at check-in. Racers on the winning team must be available to race both days of the Korbel Ford Cup, March 25-26. No substitutions will be permitted.

Along with the races, the Korbel American Ski Classic festivities will also include the special edition of the Bud Light Street Beat free concert series, featuring Robert Randolph & the Family Band (March 24) at the Golden Peak Stadium, the Gorsuch Tea Dance and the Hold ‘Em for Hope benefit dinner and auction (March 25) and the Legends of Skiing Banquet (March 26).