BEAVER CREEK — As the winter season at the Vilar Performing Arts Center (VPAC) winds down, plans for the summer concert series are in full swing.

Coming to the VPAC this summer are nine-time Grammy award-winner Sheryl Crow on June 27, classic rocker and guitarist Peter Frampton on August 18 and bluesman Keb' Mo' on August 4. Tickets for all three concerts will go on sale Monday, March 14 at 11 a.m. MST.

“To be able to bring such renowned artists to our intimate 500 seat theatre in Beaver Creek this summer is an incredible testament to this Valley and this venue,” said Kris Sabel, VPAC executive director. 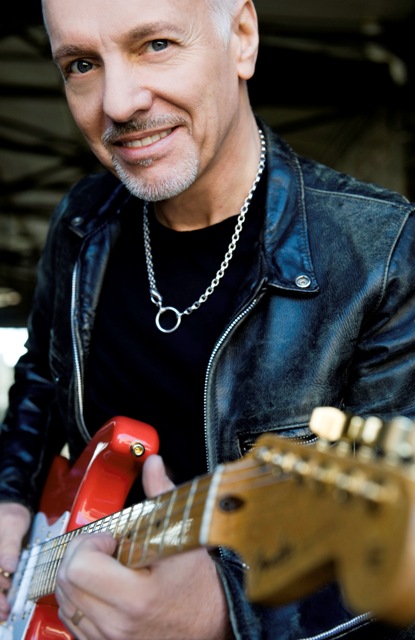 Peter Frampton will perform his legendary album Frampton Comes Alive! in its entirety at the VPAC on August 18. Tickets for the VPAC's summer concert series, which also includes Sheryl Crow and Keb' Mo' will go on sale March 14 at 11a.m.
Photo by Gregg Roth

Peter Frampton, one of the most celebrated artists and guitarists in rock history, is touring this summer in celebration of his multi-platinum-selling live album Frampton Comes Alive! He will perform the legendary album in its entirety, live, at the VPAC on Thursday, August 18 at 8:00 p.m.

VPAC favorite Keb' Mo' will bring his full band, for the first time, to the VPAC stage on Thursday, August 4 at 8:00 p.m. Mo's distinctive sound embraces multiple eras and genres, including pop, rock folk and jazz.

“The truly exciting thing is that this is only the beginning, we look forward to announcing the remainder of the season in the coming months and guarantee that it is going to be a very special summer at the VPAC,” said Sabel.

Tickets for An Evening with Sheryl Crow, Peter Frampton and Keb' Mo' will go on sale Monday, March 14 at 11 a.m. MST online at vilarpac.org, by phone at 888.920.ARTS(2787) or in person at the VPAC Box Office in Beaver Creek or Marketplace Box Office in Vail Village.