RealAspen News and Community Content Feed
By Real Vail
March 7, 2011
With the current state of the national education system under the microscope and administrators fighting for much needed change, the Vail Valley Foundation has joined forces with the Vail Symposium to bring Davis Guggenheim's critically acclaimed film, Waiting For Superman, to Beaver Creek Wednesday, March 16, for a special free screening at the Vilar Performing Arts Center. 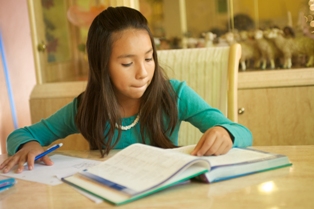 In addition to the film, which is scheduled to begin at 6:30 p.m., the evening is also slated to include an in-depth panel discussion following the screening, featuring nationally recognized education experts. Those wishing to attend the film and discussion will need to pick up their free tickets beginning Saturday, March 12.

“Waiting For Superman is an incredibly important film,” explained Jean McSpadden, Director of Education for the Vail Valley Foundation, “and one that everyone concerned about our children and our future should see. The film has helped launch a national movement for real and lasting change.”

Guggenheim reminds viewers that education "statistics" have names: Anthony, Francisco, Bianca, Daisy, and Emily, whose stories make up the engrossing foundation of Waiting For Superman. As he follows a handful of promising kids through a system that inhibits, rather than encourages, academic growth, Guggenheim undertakes an exhaustive review of public education, surveying "drop-out factories" and "academic sinkholes," methodically dissecting the system and its seemingly intractable problems.

“This promises to be an engaging and inspiring evening,” added McSpadden. “Waiting For Superman not only examines the problems, but it also shows what is possible. The message is one that people will want to share with family and friends.”

Free tickets for this special evening will be available beginning March 12, with a limit of four tickets per person. Tickets may be picked up from the Vilar Center Box Office in Beaver Creek, along with the new Marketplace Box Office in Vail Village.

The special free screening of Waiting For Superman is just one project of the Vail Valley Foundation's full slate of valley-wide education initiatives. For information on all of the Foundation's education programs and projects, visit www.vvf.org.
RealAspen News and Community Content Feed

CMovies is a platform that offers movies and TV shows. This is a popular platform where users watch a large variety of video content, from Hollywood to Bollywood and many more. It is a One of the best platforms for entertainment . CMovies has been entertaining audiences . Cmovies is the most significant source across the internet for watching free movies and TV shows online. You can also use this site to get information about your favorite movie stars as well. This program offers high-resolution access to all of the top-rated films. All of the movies available for viewing and downloading are absolutely free on this platform.