RealAspen News and Community Content Feed
By Real Vail
February 23, 2011
Break out your Sunday boots and polish up that belt buckle for a night out on the town Thursday as top independent country western star Earl Wear brings his band Haywire to the heart of Vail Village for the next installment of the Bud Light Street Beat free concert series. The show kicks off at 6:30pm at Checkpoint Charlie.

Wear began singing at age five and turned professional in his late teens, winning a spot on The Charlie Daniels' Talent Roundup in Nashville in 1995. Soon after, the highly-regarded Idaho country band, Coltrain, asked him to come on board as their lead singer and the group immediately began filling the dance floor. 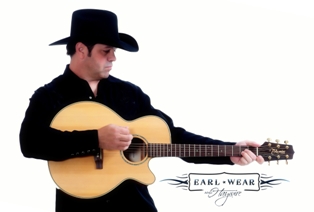 A year later, Coltrain won the Northwest Regional competition for the Colgate Country Showdown, placing sixth in the nation at the finals and beating out 10,000 other acts in the process. They have shared the stage with country stars Wynonna, Sammy Kershaw and Rascal Flatts, to name just a few, while also being voted “Best Band in the Pacific Northwest.”

Earl & Coltrain have also worked with the best and brightest in the country music business including, Tanya Tucker, Martina McBride, Diamond Rio, the Oakridge Boys, Blake Shelton, Crystal Gayle, Cross Canadian Ragweed and a were especially proud of their special two-night acoustic booking with Phil Vassar.

In 2008, with the addition of steel player, JR Rickard and a new drummer, Randy Matthews, the band changed their name to Haywire and became a regular house band at The Grizzly Rose in Denver, which is recognized by the Academy of Country Music and the Country Music Association as one of the top country night clubs in the nation.

Earl was named the Best Male Vocalist at the 2009 Independent Music Network Awards, and his hit single, “Walking To Wyoming" which was re-released is now in regular rotation on most country radio stations in the West and Midwest. Earl was also recently nominated and accepted into the CMAs. Earl Wear & Haywire recently released their latest album Doin' Time and the single “Blame It On Jones” has already hit #1 on the independent charts.

This Bud Light Street Beat free concert gets under way at 6:30pm and with food and beverages available for purchase at each show. In addition to the free concert, Eagle, Lake and Summit County residents can register to win the Volvo Grand Prize giveaway of a 2012 Volvo C30, given away to one lucky local at the final Bud Light Street Beat concert on April 21 with the 80's arena rock of The Champions. The next free concert in the series will be held March 3, with Newgrass pioneer Sam Bush.

You can listen to music at our online radio channel, it's completely free, what are you waiting for right now with: https://radiofmluisteren.nl/