A household name in the news business, Natalie Morales will join the Vail Living Well Summit as the event emcee Sept. 19-21.

Prior to joining NBC's “Today, Show,” Morales was an anchor and correspondent at MSNBC from March 2002 to February 2006. While working for NBC News, Morales has reported on and contributed to several major breaking news stories. 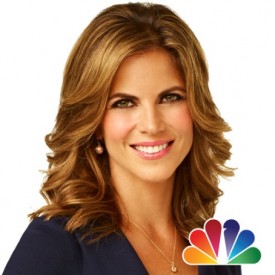 In October 2010, Morales live-translated and reported on the Chilean miner rescue -- coverage that was seen worldwide and recognized with a 2010 National Headliner Award.

In 2010, 2011, and 2012 Morales was awarded a Daytime Emmy award as part of “Today’s” recognition as the best morning news program. Morales was also honored with the 2013 Gracie Award for Outstanding Series for her Dateline series, My Kid Would Never.

For a complete lineup of presenters and activities or to register, visit the Vail Living Well website or call (970) 343-9918.

I had great time with my family and friends. I feel very proud to celebrate what my country has given me. I am very thankful to great people who fought for it and achieved it. According to assignment help sayings because of their sacrifices only we are this much happy in this country.

Wow! Thank you! I constantly wanted to write on my site something like that. Can I take a portion of your post to my website? เกมคาสิโนออนไลน์

Nice post! This is a very nice blog that I will definitively come back to more times this year! Thanks for informative post. cable clamp

The information you shared is very accurate, it gives me the knowledge that I need to learn. Thank you for sharing this useful information. krunker

What Is SEO SEO Full Form Is Search Engine Optimizer. SEO is very important For Your Site. It Can Help To Your Site Rank In Search Engine.... healthcare SEO

I really like your take on the issue. I now have a clear idea on what this matter is all about.. diaper bag

Great articles and great layout. Your blog post deserves all of the positive feedback it’s been getting. Slot Demo Gratis

Positive site, where did u come up with the information on this posting?I have read a few of the articles on your website now, and I really like your style. Thanks a million and please keep up the effective work. buy vcc

Wow, What an Outstanding post. I found this too much informatics. It is what I was seeking for. I would like to recommend you that please keep sharing such type of info.If possible, Thanks. Job search support

Wonderful blog! I found it while surfing around on Yahoo News. Do you have any suggestions on how to get listed in Yahoo News? I’ve been trying for a while but I never seem to get there! Appreciate it. medical marijuana doctors

Pretty good post. I have just stumbled upon your blog and enjoyed reading your blog posts very much. I am looking for new posts to get more precious info. Big thanks for the useful info. סאן קליניק ישראל

It is an excellent blog, I have ever seen. I found all the material on this blog utmost unique and well written. And, I have decided to visit it again and again. Kansas city wedding videography

You understand your projects stand out of the crowd. There is something unique about them. It seems to me all of them are brilliant. watch free movies online

Great article with excellent idea!Thank you for such a valuable article. I really appreciate for this great information.. sports

Much appreciated such a great amount for this data. I need to tell you I agree on a few of the focuses you make here and others might require some further survey, however I can see your perspective. Brainstorming online tool

I'm glad I found this web site, I couldn't find any knowledge on this matter prior to.Also operate a site and if you are ever interested in doing some visitor writing for me if possible feel free to let me know, im always look for people to check out my web site. freelance web designer

It is truly a well-researched content and excellent wording. I got so engaged in this material that I couldn’t wait reading. I am impressed with your work and skill. Thanks. luxury watches

Great job for publishing such a beneficial web site. Your web log isn’t only useful but it is additionally really creative too. 강남풀싸롱

The article looks magnificent, but it would be beneficial if you can share more about the suchlike subjects in the future. Keep posting. Pork