The Vilar Performing Arts Center brings one of its strongest Broadway seasons yet to Beaver Creek this coming winter season and with it, a special subscription offer. On sale now, ticket buyers can subscribe to the series via two options to guarantee seats to the venue’s most popular Broadway shows.

Among the highlights of this winter’s VPAC Winter Broadway series, Mamma Mia! promises to be an audience favorite. More than 45 million people all around the world have fallen in love with the characters, the story and the music. 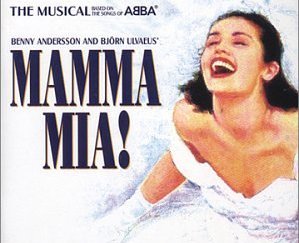 The story-telling magic of ABBA’s timeless songs propels this enchanting tale of love, laughter and friendship. With more productions playing internationally than any other musical, Mamma Mia! is considered the world’s No.1 show. Taking place Monday, February 3, Mamma Mia! is expected to sell out during the subscription window.

To secure seats for this performance, ticket buyers are allowed two subscription options.

Other shows included in the Broadway Subscription package include:

Neil Berg’s 100 Years of Broadway, taking place on Monday, December 30, 2013 and featuring a dazzling cast of five of Broadway's greatest stars recreating moments from The Phantom of the Opera, Les Miserables, CATS, Jesus Christ Superstar, and Jekyll & Hyde and more.

Man of La Mancha, which takes place Tuesday, January 28, 2014. Enter the mind and the world of Don Quixote as he pursues his quest for the impossible dream. The New York Daily News describes Man of La Mancha as, “The Musical that’s set above and apart from all the others by touching the heart! An exquisite musical play…”

The Ten Tenors on Broadway, Broadway's Greatest Hits, which takes place Wednesday, February 26, 2014. The Ten Tenors' unique approach has powered their rise to the top; bringing rock and classical music together, kicking and screaming, they have created a sound that is uniquely theirs. Expect them to bring the same contrast of raw power and soothing beauty to this special evening.

Midtown Men, taking place Friday, March 21, 2014. They took Broadway by storm in one of the biggest hits of all-time! Now, THE MIDTOWN MEN - four stars from the original cast of Jersey Boys - are bringing their magic to audiences everywhere, singing their favorite "Sixties Hits" from The Beatles, The Rascals, Motown, The Four Seasons and more, back to life.

VPAC Broadway Subscription tickets are available by phone at 970-845-TIXS or in person at the VPAC Box Office in Beaver Creek and Gerald R. Ford Amphitheater Box Office in Vail. This special Subscription offer will not be made available online. Single tickets for all shows are not yet available and will be released based on availability in Fall 2013.

Winter 2013-14 Broadway Performances at the VPAC:

Great content material and great layout. Your website deserves all of the positive feedback it’s been getting. leczenie uzależnień

The Vilar Performing Arts Center in Beaver Creek, Colorado is offering a special CBD Dosage Broadway subscription for next season. The subscription includes four tickets to see Tony Award-winning musicals. The Theatres at 45th Street in New York City. The subscription also includes a one-time use backstage pass to meet the cast and crew of one of the shows.