RealAspen News and Community Content Feed
By Real Vail
May 30, 2013

The “new girl” in the Vail Valley Foundation offices should not need much time to get acclimated as Olympic veteran Katrina Ammer returns to the Vail and Beaver Creek to assume a major organizational role in the upcoming 2015 FIS Alpine World Ski Championships.

Ammer returns home following two and a half years in Sochi, Russia, serving as the Managing Expert for the Mountain Cluster, responsible for Sport and Venue Management, for the 2014 Olympic Winter Games. Prior to her Sochi tenure, she served as Alpine Venue General Manager for the 2010 Winter Games and Paralympic Games in Vancouver, Canada. 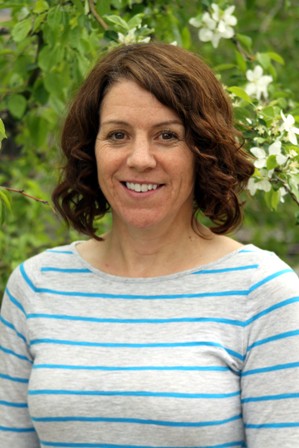 Born in Dillon, Colorado, Ammer first joined the Vail Valley Foundation in 1994 to assist with the operations and competition aspects of the 1994 UCI World Mountain Bike Championships, along with the organization’s annual events.

During her 13-year tenure with the Foundation, she took on additional responsibility from an operations standpoint, representing the organization at numerous FIS and UCI meetings and events, including working with the alpine television production during the 2002 and 2006 Winter Olympics.

“Katrina is an extremely valuable asset for our 2015 effort,” offered Michael Imhof, Senior Vice President of Sales and Operations for the Vail Valley Foundation and Director of the 2015 World Championships, “not only because of her obvious professional experience, but also due to her extensive network of relationships throughout the FIS and the international skiing community.”

Ammer began her second stint at the Foundation on May 20. In addition to her role with the 2015 World Championships, she will also oversee the operational aspects of all VVF annual athletic events, including the GoPro Mountain Games, the U.S. Pro Cycling Challenge, the Audi Birds of Prey World Cup and the Korbel American Ski Classic.

Scheduled from February 2-15 of 2015, the FIS Alpine World Ski Championships in Vail and Beaver Creek are expected to showcase athletes from over 70 nations, with an estimated 750 million worldwide television viewers and an onsite media and broadcast entourage of approximately 1,500 members.