The 2012 USA Pro Challenge, the toughest professional cycling race in the U.S., reached attendance numbers of more than 1 million over the course of seven days, Aug. 20-26, as fans turned out to watch the action-packed, heart-pounding racing.

After traveling to 12 towns for the official stage starts and finishes, and passing through many other notable cities along the way, the estimated economic impact of the race to the State of Colorado is $99.6 million, according to a study done by IFM North America, a global sports research firm.

With a lead change nearly every day, one of the closest professional races in U.S. history came down to the final moments of the Individual Time Trial in Denver, with American Christian Vande Velde of Garmin-Sharp-Barracuda taking home the overall win. The race received unprecedented coverage highlighting the beautiful terrain of the state that totaled 31 hours on NBC and NBC Sports Network in the U.S. and was broadcast internationally to 175 countries and territories around the world. 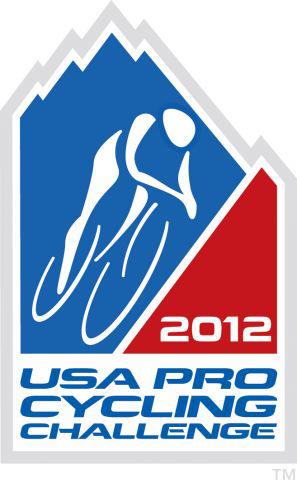 “The crowds at the 2012 USA Pro Challenge were unlike anything I’ve ever seen outside of the big races in Europe,” said Shawn Hunter, CEO of the Pro Challenge. “Driving the course every day and seeing the enthusiasm and passion from the fans lining the streets really gave a sense of the growing support for the sport of cycling in the U.S. This race showcases Colorado and provides an incredible economic impact that will hopefully be here for years to come.”

Direct spending by traveling spectators brought a significant portion of the economic impact. Both those fans from outside the state and Coloradans traveling 50 miles or more to take in an event stage contributed $81.5 million on lodging, food, transportation and entertainment. The remaining economic impact comes in the form of team, staff, sponsor and vendor spending, employment created by the event, and the resulting tax effects of the race.

The 2012 race attracted spectators from at least 25 states across the country, with the top five after Colorado being Texas, Florida, New Mexico, Arizona and California. It also proved an exceptional following among Colorado residents, one of the significant contributing factors to the level of enthusiasm displayed by spectators along the entire 683-mile course.

“The enthusiasm we saw from the fans at this year’s USA Pro Challenge was unprecedented,” said Steve Johnson, president and CEO of USA Cycling, the national governing body for bicycle racing in the United States. “One of our main goals is to grow competitive cycling in America and the USA Pro Challenge is doing just that. From the level of competition, to the huge crowds of fans lining the streets, to the overall organization, this race is exactly what we need in professional cycling.”

A draw for Colorado travel, 53 percent of spectators claimed they would not have traveled to Colorado at this time if it were not for the race. And with that, 75.8 percent stated they were very likely or likely to return to watch the race next year.

“The USA Pro Challenge is a huge community event that just continues to grow,” said Major Mark Savage of the Colorado State Patrol. “We are out there on the street with the fans ensuring a safe and fun event, and the respectful enthusiasm that continues to be displayed is amazing.”

• Spectators traveled in groups, with the average party consisting of three people.

• This was an audience that appreciates the world class level of competition at the USA Pro Challenge and watches major cycling events on television, with 93.4 percent stating they watch part of the Tour de France.

About the research study:

The USA Pro Challenge commissioned IFM North America, a global sports research firm with more than 20 years of experience working with events around the world, to conduct a quantitative research study to measure the attendance and overall economic impact of the race.

“We conduct these types of studies on events around the world throughout the year,” said David Porthouse, vice president of IFM North America. “Working with our local partners and stakeholders, we implement best practices as we develop the data and models used to accurately and fairly evaluate the success of their events.”

IFM designed the study from the outset to address many of the contentious issues surrounding economic impact assessments. Key areas addressed included:

• Substitution effects – Since local fans will often spend similar amounts on local sports and other entertainment, IFM did not include the local fan spend in the economic impact report.

• Time shifting – Colorado is an attractive destination for travel, so IFM deliberately filtered respondents to ensure they were not capturing data from spectators already in Colorado, independent of the Pro Challenge, and also used elimination questions to remove those fans who intended to come to Colorado in the near future independent of the race

• Sample sizes – Large samples were taken at all stages, distributed across the race locations.

Very useful post. This is my first time i visit here. I found so many interesting stuff in your blog especially its discussion. Really its great article. Keep it up. navigate here