The snows of winter will not dim the glow of classical music and dance aficionados throughout the country as a stellar array of performers and performances comprise the Vilar Performing Arts Center's Classical & Dance Series, including a gala evening with international opera superstar Anna Netrebko.

In addition to a tremendous winter lineup, fans will also have the opportunity to get some of the best seats in the house as tickets for the 10-event series went on sale July 2.

“The Vilar Performing Arts Center is the perfect venue to experience a classical music or dance performance,” explained Kris Sabel, Director of the Vilar Performing Arts Center. “The acoustics of the theatre are superb and the intimate nature ensures that these incredible artists are featured in the best possible way. I personally can't wait for this series to begin as it promises to be a sensory showcase.” 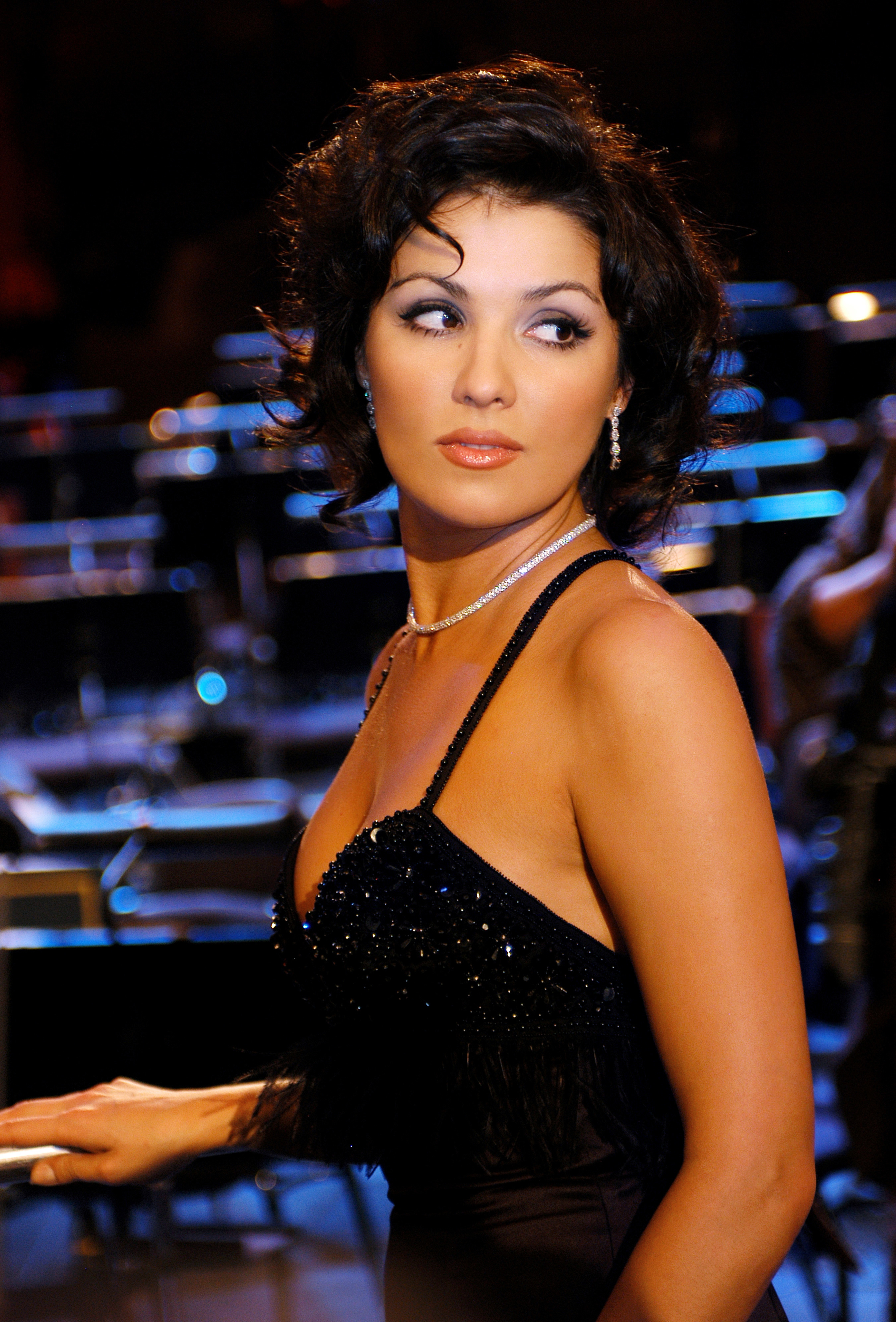 Spanning mid-January through mid-March, the VPAC Classical & Dance Series is scheduled to get underway January 15 with a performance by the Aspen Santa Fe Ballet. Additional January offerings will include the State Symphony Orchestra of Russia on January 21 and the Colorado Symphony Orchestra & Chorus on Jan. 31.

“The gala evening with Anna Netrebko is an extremely rare opportunity to see an artist of her internationally renowned stature in a venue like the Vilar Center,” Sabel added. “In addition to her incredible talent and beauty, she has also been recognized for her humanitarian efforts, being named to Time Magazine's 100 Most Influential People in the World list. We are truly honored to be able to present Ms. Netrebko to our audience.”

The VPAC Winter Classical & Dance Series will conclude with a pair of shows in March, including the Joffrey Ballet on March 15 and Parsons Dance, with the East Village Opera Company, on March 19.

Tickets for the 2011 Classical & Dance Series will be available for purchase beginning at11am MST on Friday, July 2. Tickets are available online at www.vilarpac.org, by calling 888.920.ARTS(2787) or in person at the box office in Beaver Creek. The box office is open 8am – 5pm MST Monday through Saturday, with additional hours on performance days.

Visit the Vilar Performing Arts Center website at www.vilarpac.org to see photos and videos of all artists, along with audio clips and in-depth bios to help you explore each performer and performance.

Nice information, valuable and excellent design, as share good stuff with good ideas and concepts, lots of great information and inspiration, both of which I need, thanks to offer such a helpful information here. Amazon FBA

Really impressed! Everything is very open and very clear clarification of issues. It contains truly facts. Your website is very valuable. Thanks for sharing. Amazon FBA

What a really awesome post this is. Truly, one of the best posts I've ever witnessed to see in my whole life. Wow, just keep it up. Amazon FBA

This is an awesome motivating article.I am practically satisfied with your great work.You put truly extremely supportive data. Keep it up. Continue blogging. Hoping to perusing your next post Amazon FBA

It is extremely nice to see the greatest details presented in an easy and understanding manner. Amazon FBA

I’ve read some good stuff here. Definitely worth bookmarking for revisiting. I surprise how much effort you put to create such a great informative website. Amazon FBA

I read a article under the same title some time ago, but this articles quality is much, much better. How you do this.. Amazon FBA

A debt of gratitude is in order for the blog entry amigo! Keep them coming... Amazon FBA

My friend mentioned to me your blog, so I thought I’d read it for myself. Very interesting insights, will be back for more! Amazon FBA

Admiring the time and effort you put into your blog and detailed information you offer!.. Amazon FBA

Great survey. I'm sure you're getting a great response. Scam Risk

This is also a very good post which I really enjoyed reading. It is not every day that I have the possibility to see something like this.. Scam Risk

Really nice and interesting post. I was looking for this kind of information and enjoyed reading this one. GrooveFunnels

I am impressed by the information that you have on this blog. It shows how well you understand this subject. Scam Risk

I found Hubwit as a transparent s ite, a social hub which is a conglomerate of Buyers and Sellers who are ready to offer online digital consultancy at decent cost. GrooveFunnels

I am very enjoyed for this blog. Its an informative topic. It help me very much to solve some problems. Its opportunity are so fantastic and working style so speedy. GrooveFunnels

Check out the El alfa net worth overview of your favorite Celebrity, Business tycoons, Sports, Singers, YouTubers, and TikTokers. You can look at their age, biography, and many more.

I really impressed after read this because of some quality work and informative thoughts . I just wanna say thanks for the writer and wish you all the best for coming!. Surgery Clinic Singapore

Wow, What an Outstanding post. I found this too much informatics. It is what I was seeking for. I would like to recommend you that please keep sharing such type of info.If possible, Thanks. สล็อตเว็บตรง

You delivered such an impressive piece to read, giving every subject enlightenment for us to gain information. Thanks for sharing such information with us due to which my several concepts have been cleared. 스포츠토토

What is an outstanding post! “I’ll be back” (to read more of your content). Thanks for the nudge! Ambbet Wallet

It is a fantastic post – immense clear and easy to understand. I am also holding out for the sharks too that made me laugh. 바카라사이트

Great things you’ve always shared with us. Just keep writing this kind of posts.The time which was wasted in traveling for tuition now it can be used for studies.Thanks https://dimome7418.wixsite.com/businessleads/post/best-heat-treated-pallets-from-adtec

There are a lot of blogs over the Internet. But I can surely say that your blog is amazing in all. It has all the qualities that a perfect blog should have. terra hill

Today, I was just browsing along and came upon your blog. Just wanted to say good blog and this article helped me a lot, due to which I have found exactly I was looking. เว็บไซต์พนันบอลUFABET

Excellent post. I was always checking this blog, and I’m impressed! Extremely useful info specially the last part, I care for such information a lot. I was exploring this particular info for a long time. Thanks to this blog my exploration has ended. click here for more

I visit your blog regularly and recommend it to all of those who wanted to enhance their knowledge with ease. The style of writing is excellent and also the content is top-notch. Thanks for that shrewdness you provide the readers! and random anchors eg

Great write-up, I am a big believer in commenting on blogs to inform the blog writers know that they’ve added something worthwhile to the world wide web!.. instagram reseller

I think this is an informative post and it is very beneficial and knowledgeable. Therefore, I would like to thank you for the endeavors that you have made in writing this article. All the content is absolutely well-researched. Thanks... ANIMEKIMI เว็บดูการ์ตูน พากย์ไทย อนิเมะมาใหม่ ตอนล่าสุด 2022

Wow, What a Excellent post. I really found this to much informatics. It is what i was searching for.I would like to suggest you that please keep sharing such type of info.Thanks 실시간바카라

Everything has its value. Thanks for sharing this informative information with us. GOOD works! 유흥알바

Thanks for an interesting blog. What else may I get that sort of info written in such a perfect approach? I have an undertaking that I am just now operating on, and I have been on the lookout for such info. prince chenzhi group cambodia

I was reading some of your content on this website and I conceive this internet site is really informative ! Keep on putting up. tembusu grand condo