The seventh season of the Emmy-nominated comedy competition series, hosted by Craig Robinson of NBC's "The Office", will be shown this summer, the premier episode airing on June 7. The “Last Comic Standing Live Tour” will feature the finalists from the popular series. 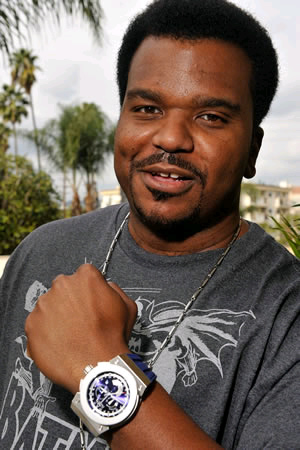 As with previous seasons, talent scouts in Los Angeles and New York will watch and judge performances from aspiring and professional comedians. In addition to the open casting calls, "Last Comic Standing" will invite some of the best and brightest comics from all over the country to participate in the competition.

Robinson, star of the feature film “Hot Tub Time Machine”, in addition to “The Office”, will host the nationwide search for the funniest comedian in America, and reward him or her with a $250,000 prize plus an exclusive talent deal with the network.

Tickets for the Last Comic Standing Live Tour are priced at $60 and are available online at vilarpac.org, by phone at 888.920.ARTS(2787) or in person at the Vilar Center box office in Beaver Creek. Tickets are available online 24 hours a day; the box office is open Monday through Friday from 11 a.m. to 5 p.m. MST, with additional hours on performance days.

For this question, I think the best fiber laser engraving machine for you is the best. fiber laser marker

Thanks for the blog loaded with so many information. Stopping by your blog helped me to get what I was looking for. 토토사이트

I definitely enjoying every little bit of it. It is a great website and nice share. I want to thank you. Good job! You guys do a great blog, and have some great contents. Keep up the good work. 온라인카지노

A very excellent blog post. I am thankful for your blog post. I have found a lot of approaches after visiting your post. lentor hills residences

It is a fantastic post – immense clear and easy to understand. I am also holding out for the sharks too that made me laugh. เว็บไซต์แทงบอลUFABET

I think this is an informative post and it is very useful and knowledgeable. therefore, I would like to thank you for the efforts you have made in writing this article. consultant

This is my first visit to your web journal! We are a group of volunteers and new activities in the same specialty. Website gave us helpful data to work. hegoal

Wow, cool post. I’d like to write like this too – taking time and real hard work to make a great article… but I put things off too much and never seem to get started. Thanks though. best jute bag singapore

Nice to read your article! I am looking forward to sharing your adventures and experiences. pressure oven machine

I read your blog frequently, and I just thought I’d say keep up the fantastic work! It is one of the most outstanding blogs in my opinion. cheapest smm panel

What is an outstanding post! “I’ll be back” (to read more of your content). Thanks for the nudge! Amazon quiz

Thanks for a very interesting blog. What else may I get that kind of info written in such a perfect approach? I’ve a undertaking that I am simply now operating on, and I have been at the look out for such info. โป๊กเกอร์ออนไลน์

Positive site, where did u come up with the information on this posting? I'm pleased I discovered it though, ill be checking back soon to find out what additional posts you include. nekopoi care

This article gives the light in which we can observe the reality. This is very nice one and gives indepth information. Thanks for this nice article. the continuum condo