The Eagle County Sheriff's Office is asking for the public's help in locating 55-year-old John M. Vengrin, of Eagle, who's been missing since November of last year.

Here are the details as provided in an ECSO press release over the weekend:

On January 17, 2012, The Eagle County Sheriff's Office was contacted by a concerned landlord who reported that one of their tenants, John M. Vengrin, age 55, of Eagle CO., had not been seen or heard from since November 20, 2011. 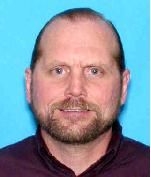 The landlord contacted the Eagle County Sheriff's Office to report Mr. Vengrin missing after he located Vengrin's vehicle in long term parking, at the Eagle County Regional Airport, several months after he had last heard from him. After Deputies were unable to locate any flight information for Mr. Vengrin he was entered as a missing person.

If you think you may have any information about the suspect or this crime, please call the Eagle County Sheriff's Office at (970) 328-8500 or Eagle County Crime Stoppers at 970-328-7007, 1-800-972-TIPS, submit your tip online at www.tipsubmit.com, or text a tip from your cell phone by texting STOPCRIME plus your message to CRIMES (274637). If your tip leads to the arrest and indictment of any suspect involved, you could earn up to a $1,000 reward from the Crime Stoppers.

The quality and quantity of work produced in here is absolute informative. Thanks for sharing. My site:: 토토안전

Your site is truly cool and this is an extraordinary moving article. Crypto.Com Review

I just got to this amazing site not long ago. I was actually captured with the piece of resources you have got here. Big thumbs up for making such wonderful blog page! Crypto.Com Review

I wanted to leave a little comment to support you and wish you a good continuation. Wishing you the best of luck for all your blogging efforts. Crypto.Com Review

A great website with interesting and unique material what else would you need. Crypto.Com Review

I was taking a gander at some of your posts on this site and I consider this site is truly informational! Keep setting up.. Crypto.Com Review

I really enjoyed reading this post, big fan. Keep up the good work andplease tell me when can you publish more articles or where can I read more on the subject? Crypto.Com Review

This is also a very good post which I really enjoy reading. It is not everyday that I have the possibility to see something like this. Nine University Program Review

Thanks for sharing this information. I really like your blog post very much. You have really shared a informative and interesting blog post with people.. Nine University Program Review

I've been looking for info on this topic for a while. I'm happy this one is so great. Keep up the excellent work Nine University Program Review

Your music is amazing. You have some very talented artists. I wish you the best of success. Nine University Program Review

I like viewing web sites which comprehend the price of delivering the excellent useful resource free of charge. I truly adored reading your posting. Thank you! Nine University Program Review

Really nice and interesting post. I was looking for this kind of information and enjoyed reading this one. Nine University Program Review

They're produced by the very best degree developers who will be distinguished for your polo dress creating. You'll find polo Ron Lauren inside exclusive array which include particular classes for men, women. Nine University Program Review

Took me time to read all the comments, but I really enjoyed the article. It proved to be Very helpful to me and I am sure to all the commenters here! It’s always nice when you can not only be informed, but also entertained! Nine University Program Review