The off-season never sounded so good! This fall, the Vilar Performing Arts Center will play host to the inaugural Underground Sound concert series, serving up a host of “Love For The Locals” special offers.

Tickets for the Underground Sound concert series went on sale August 26 online and at the VPAC box office, with individual tickets priced from $15-$30. The seven-show series will run from mid-September through early November. 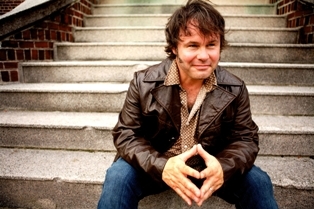 Heading the list of “Love For The Locals” specials is the transferable Underground Access Pass, which provides holders with tickets to all seven shows in the series, along with one free drink at each show, all for just $98.

In addition, everyone that purchases an Underground Access Pass between August 26 and September 19 will be automatically entered to win a special prize package, including two pairs of 2011 Atomic Blackeye Ti skis, two First Light/First Tracks passes and two tickets to Warren Miller's new film, “Wintervention” at the VPAC. The winner will be chosen on September 19 at the opening concert and must be present to win.

Other special touches will include specially-priced drinks available throughout the duration of each concert and the ability to take drinks into the theatre. Locals can also become a fan of the VPAC on Facebook and register to win two free Underground Access Passes.

“The concept behind Underground Sound is providing a great value on great music for all of our locals in the off-season,” explained Kris Sabel, Executive Director of the Vilar Performing Arts Center. “We really want to fill this valley's desire for fun and affordable live music opportunities with Underground Sound.”

The seven-show series has been created to showcase the venue's acoustic qualities, provide more of an intimate club experience for audiences with primarily unplugged sets from an eclectic collection of some of the fastest rising singer/songwriters in music today.

“Underground Sound is listening music,” Sabel added. “It's singer/songwriters with something to say. You may not know their names when you enter the theater, but we guarantee you'll check out them out on iTunes when you leave.”

Underground Sound will kick off September 19 with Stephen Kellogg & The Sixers, with special guest Aslyn ($25). September shows will also feature the much anticipated return of Martin Sexton on September 26 ($30).

The final Underground Sound performance will be courtesy of Susan Werner on November 4 ($25).

For additional information on Underground Sound or to purchase tickets and the Underground Access pass, visit www.vilarpac.org or call 888-920-ARTS(2787).

Underground Sound and the Vilar Performing Arts Center are projects of the Vail Valley Foundation. For more information on the Foundation, check out www.vvf.org.