RealAspen News and Community Content Feed
By John Monaghan
Real Aspen – August 22, 2011
While the intentions of the activists travelling cross-country may be sincere, (Aug 18, “Why Danny Glover wants Colorado to care about tar sands oil production”) their argument against building the Keystone XL pipeline demonstrates a clear misunderstanding of the functioning of markets.

Their primary opposition to the Project appears to be based on the assumption that the pipeline expansion will increase upstream Canadian oil sand production. The problem with this argument is that a study commissioned by the U.S. Department of Energy to evaluate the pipeline's effect on global refining, trade and oil markets determined that, “production levels of oil sands crudes would not be affected by whether or not [the pipeline expansion] was built.” 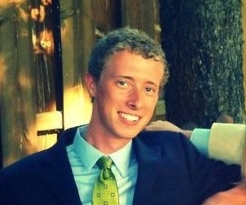 Though significant uncertainties exist in the global energy outlook, the study determined that, “the same slate of crude oils would have to be refined even if reallocated geographically.” In other words, the crude oil will find alternative pathways to market.

If the Keystone XL Project is not completed, expedited construction on a series of pipeline proposals to the British Columbia coast would be made more likely. According to the study, these pipelines would significantly open Canadian oil sands to Asian markets and result in a net effect of substantially increasing U.S. dependence on Middle Eastern and African crude oil.

In the converse, the study determined that construction of the project, alongside reduced U.S. product demand could “essentially eliminate Middle East crude imports longer term.” Though these activists are concerned about the environmental impacts of this project, they should not distort the facts to strengthen their argument.

John Monaghan (jmonaghan@heartland.org) is the energy and environment legislative specialist at The Heartland Institute. The Heartland Institute is a national nonprofit research and education organization with offices in Chicago and Washington, DC, and a score of staff members spread across the nation. Heartland's mission is to discover, develop, and promote free-market solutions to social and economic problems.