Summer in Vail a cultural feast

One of the great things about living in and visiting the Vail Valley is that, besides all the seemingly limitless opportunities for outdoor recreation, there's always an abundance of cultural happenings that in some cases rival what can be found in major metropolitan markets.

For instance, just this week the Bravo! Vail Valley Music Festival, which features the New York Philharmonic Orchestra, among others, wrapped up its season, giving way to the Vail International Dance Festival, which now runs through Aug. 14.

I won't lie and say and I'm a huge aficionado of classical music, ballet or contemporary dance, but I do manage to go to at least one performance of each a summer and am blown away that we have such a high level of artistry on display on the scenically spectacular stage of the outdoor Gerald R. Ford Amphitheater.

But besides the amazing big-name dance and music festivals, I find some of the lesser-known cultural offerings in the Vail Valley even more compelling. Being a news junky, I love to attend some of the diverse roundtable discussions put on by the Vail Symposium.

The topics are all over the map, ranging from the cultural (last week there was a roundtable and private reception with the artist Christo to discuss his controversial plan to install huge fabric panels over the Arkansas River) to the athletic to the political. 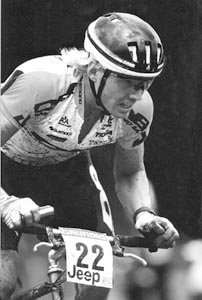 A grueling test of endurance, the race was relatively obscure for years – although known well among local high-altitude endurance athletes – but it exploded into national prominence a couple of years ago with part-time Aspen resident and seven-time Tour de France winner Lance Armstrong winning the event.

Upcoming events include “Marijuana: Legal or Not? A Discussion and Debate on the Legalization of Marijuana and the War on Drugs” on Aug. 17. The panel is comprised of Colorado Congressman Jared Polis; Executive Director of the Drug Policy Alliance Ethan Nadelmann; Colorado Attorney General John Suthers and former DEA agent Anthony Coulson.

Then on Aug. 23, the last four Colorado governors – Dick Lamm, Roy Romer, Bill Owens and Bill Ritter – will hold a panel discussion at the Vilar Center for the Performing Arts in Beaver Creek on a wide range of topics.

Go to the Vail Symposium website for ticket information.