Book Review: In the Shadow of Freedom 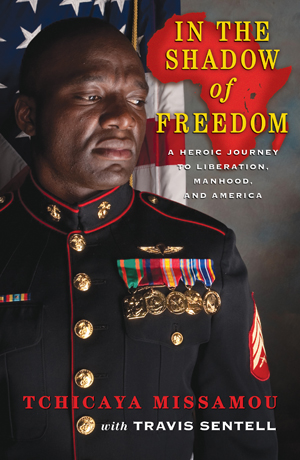 When it comes to borders, that's a question that divides countries, states, and even families. It's a question that might seem answerable with one word, either way, but it's really not. Like everything these days, it's complicated and contentious.

And then, there are the exceptions…

It was an idyllic growing-up: as a boy, Tchicaya Missamou had little to do than play with his friends in the grasslands surrounding his home in Brazzaville, Congo. Naked and barefoot, “Tchic” and his friends practiced hunting, fighting, and other little-boy games that children play when they have the freedom. He also made a mundelé (white) friend, the having of which was a rarity because Congolese natives were expected to be deferential to whites.

At eight years old, he met his father for the first time, just before Missamou was told by one of his fifteen siblings that he was at their father's house to go to school. He quickly became the “favored son” and was privy to his father's business dealings.

Civil War broke out in Brazzaville when Missamou was barely a teenager. One day after school, soldiers gave guns to him and his friends, and instructed them to bar other ethnic groups from the area. After the war was over and much blood had been shed, Missamou and his friends were expected to return to being just boys.

But the journey had been set: at sixteen, and on the wishes of his father, Missamou took the entry test for the gendarmerie.

After graduating from the boot-camp-like training, Missamou started working for local mundelé, while civil unrest brewed around the city. When soldiers discovered his side-job, they accused Missamou of being a traitor and they tried to kill his family.

“…I saw [things] that no man should ever have to see,” said Missamou.

The only escape was to flee, but plane tickets were expensive and leaving the Congo was illegal. It took an unbelievable act of courage and love to save Missamou's life.

And that, believe it or not, is only about half the true story.

In earlier parts of “In the Shadow of Freedom”, authors Tchicaya Missamou and Travis Sentell write of a happy childhood so vividly described that it's hard to reconcile the delightful carefree-ness with the calm, controlled recounting of horror that follows in this story. Later, in several quietly humorous passages, the authors will make you smile, only to make you hold your breath once again. I loved this book. I loved its elegance and courage, I loved its humility and strength, and I loved the triumphant closure the authors hand their readers.

“In the Shadow of Freedom” sings with joy and howls with pain. It contains humor, terror, and guts. And if you want a book you won't soon forget, close your hands tight around this one.

0 Comments on "Book Review: In the Shadow of Freedom"