A review of 'Malled: My Unintentional Career in Retail'

It's all about the fit.

When you've been shopping for just the right thing, that's all you want: for that perfect article of clothing to look good on you. As long as it's not stretching across the shoulders, too long or too short, sagging or making your butt look big – as long as it fits – you've had a productive day at the mall. 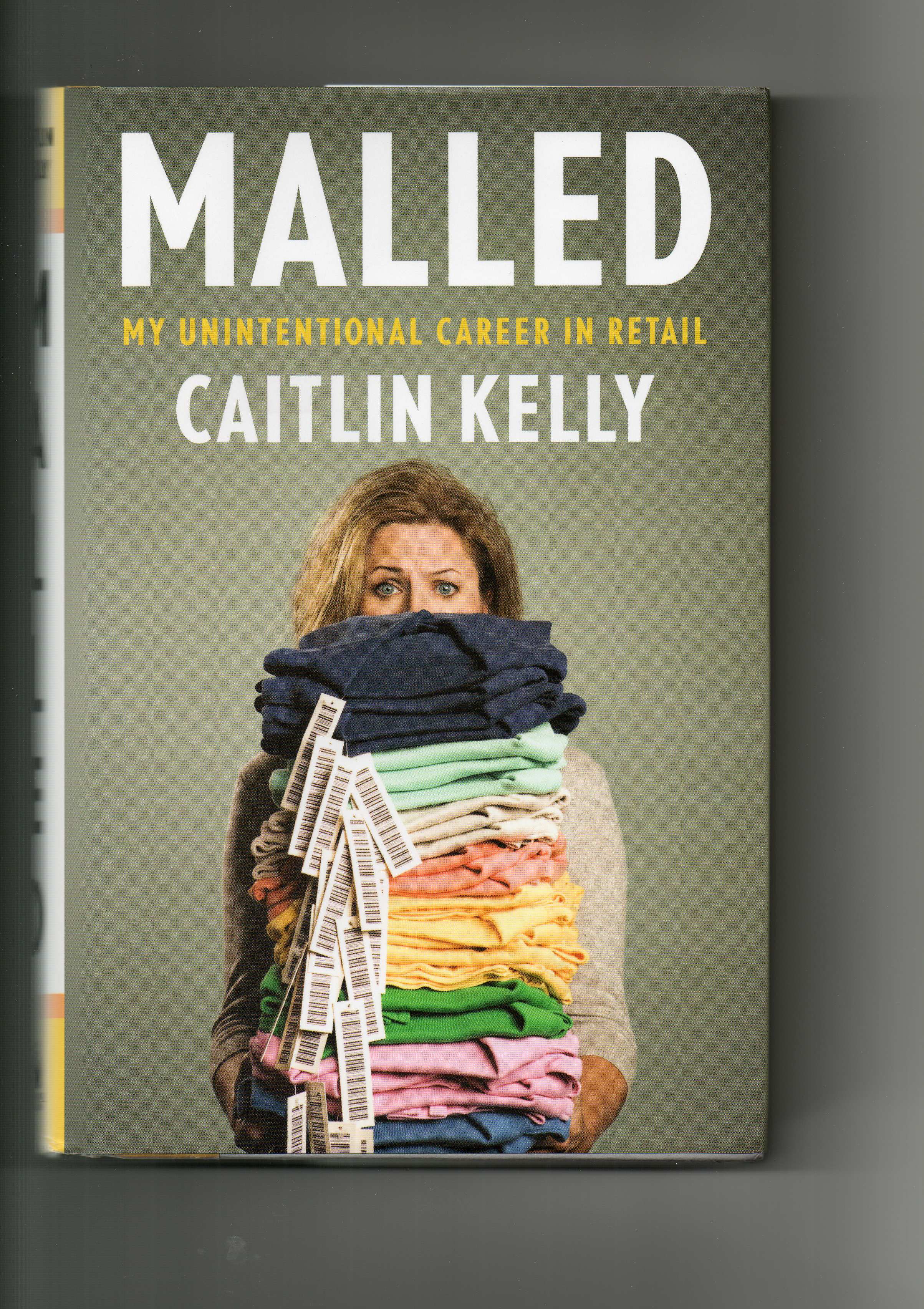 For many years, Caitlin Kelly worked as a journalist, first at several major newspapers in Canada and the U.S., and then – having “no luck finding another job in journalism” - as a freelancer. Discouraged and missing the excitement of the newsroom, Kelly decided that she wanted to “learn something new.”

In the fall of 2007, she took a job with a high-end New York retailer.

At first, it seemed like a great idea. Kelly's new employer – an outdoorsy clothing store – gave her a free uniform. She received training, $11 an hour, and a schedule that allowed her to continue freelancing. Her co-workers, though all younger and of a vastly different socioeconomic status than she, seemed pleasant.

Working retail is physically demanding, and Kelly found it hard to spend hours on her feet and “running”, situations exacerbated by surgery and injury. Her job, though part-time, required her to sell a certain dollar-amount of product per shift, no matter how bad the economy.

And then there were the customers. Kelly admits that she served people who were nice and appreciative, which made the job somewhat enjoyable. But after almost 28 months of working retail, the bad customers were (partly) the reason she quit.

“I was just worn out,” Kelly says.

In looking at the cover of this book, you'd expect something rather fun, wouldn't you?

Nope. “Malled” is light years away from light-hearted.

Author Caitlin Kelly has plenty to say about working retail, and while some of it is true – it really is hard on the body, sales goals are difficult to face, staff cuts can mean extra work, and nasty customers can test anyone's patience – much of this book is, for retail owners and workers, somewhat of an affront.

Over and over, Kelly reminds her readers that she had a great education and could speak two languages but working retail was “low-status”, “bottom-of-the-barrel”, “ghetto”, and “low-level”, and that retail workers are “pitiable”. Yes, Kelly admits to the occasional good days, and she does offer up some very telling facts about retail corporations and their employees. The vast majority of this book, though, is spent sniffing about how her job at the mall (that she held for 28 months) was so horrible.

If you believe that only losers work retail, then you absolutely need to read this book: it will surely turn your mind around. But for hard-working store owners and satisfied retail workers, “Malled” is a lousy fit.

2 Comments on "A review of 'Malled: My Unintentional Career in Retail'"

I liked reading about this book, it definitely had a lot of content about retail. There is nothing as such on essay writing services and I think there should be. I will visit this site for more reviews very soon.