Review: It Gets Better

High school, it seems, was built for drama.

Maybe it's because of hormones or because everybody's searching for who they are or the person they'll become, but one thing's certain: Mean Girls, jocks and cheerleaders, nerdy kids, geeks, and bullies generally cannot co-exist in peace.

And therein lies a problem, particularly if you're on the receiving end of brutality, teasing, or ostracism. Not only does that stuff hurt, but it makes life so unpleasant that you can sometimes see only one way to stop it…

Columnist Dan Savage, with his husband Terry Miller and a friend, decided to do something about that. In “It Gets Better”, they explain what happened and how their un-splashy video became a tidal wave of support. 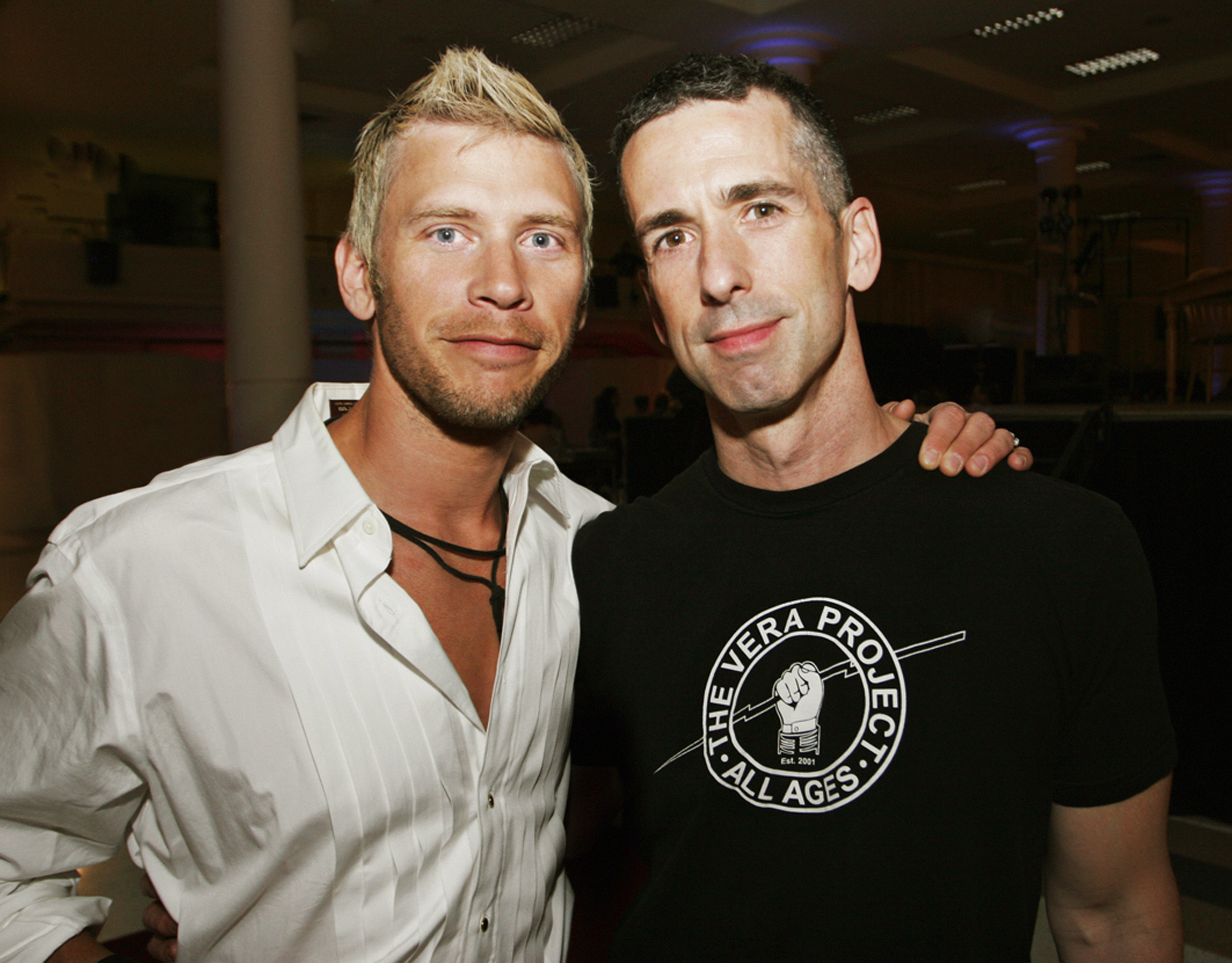 That's the response that Dan Savage and Terry Miller hoped they'd get from a YouTube post they made in the aftermath of several suicides by LGBT teens. In an AHA! moment, Savage had realized that those kids had no vision of a future and no idea that things get better – hence, the video.

But one video begat two, then a hundred, then a computer crash, a presidential message, and a movement. In this book, they gather notable messages to LGBTQ teens; some poignant, and some surprises.

Like teens who see only “one way out” of the torment, many It Gets Better posters tell of trying to take their own lives at fifteen, twelve, even ten years old. But, as one pointed out, there are many things she would have missed, were she successful. Another poster begs teens not to make him miss the chance to know them.

The respondents came from around the world: the U.S. and Canada, England, Australia, Iraq. Politicians weighed in, as did ministers, doctors, dancers, soldiers, and teachers. The posters were gay and straight, parents and friends. One offered to send readers a letter of support. One gave the website for an alternative school. Some saw being gay as a gift. One man said he was his own bully.

The posters are varied, but the message is the same: find your people. Hang in there - it will be over soon. Don't suffer in silence.

We need you to live.

“It Gets Better” is one of those books that slams you from emotion to emotion in six pages or less. Readers will get teary, they'll laugh, nod their heads, gasp, and want to scream. And this book isn't just for teens: adults who need it and read it will find comfort here, too.

The only caveat is that this book is (somewhat) targeted to middle-schoolers, but it may be too much for them to handle. What's written here is often profane, in-your-face, and generally pretty grown-up, so caution should be used before giving this to a kid who isn't ready for it yet.

Still, if you know someone that needs this book, you'll feel compelled to act. After you've read it yourself, you'll know that “It Gets Better” gives him or her a better chance of surviving.

0 Comments on "Review: It Gets Better"