Review: The Land of Painted Caves

Oh, sure, he has a new book out about every year or so – more, if she's prolific with pen, but you're not satisfied. 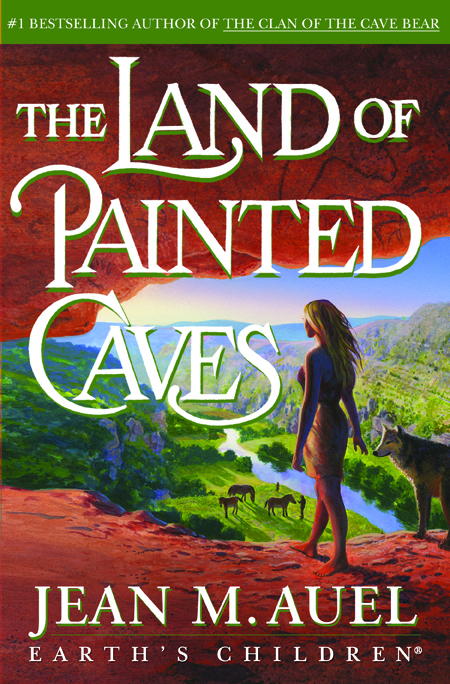 You feel a little like a literary stalker, in fact, watching and waiting for the next book. And when it hits the shelves, you're a reader possessed, unwilling to tear yourself away until you find out what happens, who dies, when's the next book?

Then there's author Jean M. Auel who made her readers wait ten long years before giving us “The Land of Painted Caves”, the last installment of the Children of the Earth series.

Ayla has come a long way from the frightened five-year-old who was saved from a Cave Lion and raised by the Clan.

A mother again and mated with Jondalar, the man who brought her to the Ninth Cave, Ayla is studying to be a Zelandoni. It's a high honor for anyone, but Ayla's appointment as acolyte of First Among Those Who Serve The Great Earth Mother is even more important because Ayla is a foreigner.

As the Ninth Cave heads for Summer Meeting, the First decides that it's time for Ayla's Doni Tour, which is required of all Zelandonis. It's become obvious to the great Donier that Ayla is very talented and the Zelandonii definitely see her as a leader – not just because she can control horses and a wolf, but because her healing powers are known between all Caves.

As moons go by and storytellers perform tales of the Wolf who loved a Woman, Ayla's knowledge grows. Each time she visits a cave that's been painted by ancients, she comes a little closer to her past and future.

But not everybody loves Ayla as much as does Jondalar. Some people would love to see her fail…

I had mixed feelings about this book. Let's start with the irritants.

“The Land of Painted Caves” is repetitive. We're told dozens of times, for instance, that people were astonished at Ayla's control of equine and canine.

Okay. Got it the first time.

There are well over 100 characters in this book and most of them have near-identical names that read like pharmaceuticals. (“Jonlevan” – didn't I take that for heartburn last week?) What's worse is that several characters have several names.

And do we really need to know when someone “passes water”?

The good news is that THERE'S A NEW BOOK OUT BY AUTHOR JEAN AUEL. For fans who have stuck with this saga, that may be the best book news this year, and definite cause for celebration. This novel, the last in the series, is sweeping, grand, infinitesimally detailed, and ties up several loose ends. Ayla fulfills her destiny here, which is exactly what fans have been waiting for, for three decades.

If you're new to the Children of the Earth series, do not start with this book. Go back to the beginning and move forward to “The Land of Painted Caves”.

You won't be able to read fast enough.

0 Comments on "Review: The Land of Painted Caves "