How big polluters bought the election 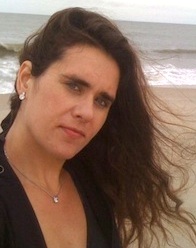 The dust from this month's election is settling and it's already clear that we're about to have the most pro-dirty energy Congress we've seen in a long time. As you'd expect, dirty energy companies and their allies are already spinning this election in the press as a rejection of climate and clean energy legislation.

This spin is outrageous, and it's our job to push back.

From where I stand it's very simple: Big Oil and Dirty Coal spent a fortune to swing this election, and last night they got exactly what they paid for.

If you remember nothing else about Election 2010, remember this: Big Oil and Dirty Coal have spent $70 million on energy-related attack ads this election cycle and put $20 million directly into the pockets of their allies running for Congress. That's on top of the $500 million they've already spent on lobbying in the past two years.

Now that they've bought themselves a new Congress more to their liking, big polluters will try to spin this election as an endorsement of dirty energy. But they can't change the fact that the American people overwhelmingly support policies that cut climate pollution and create new jobs in a clean energy economy. They can't spin away the strength of the climate movement, either. The 10/10/10 Global Work Parties showed just how big and vibrant the climate movement really is, while the defeat of Prop 23 in California showed how this movement can lead voters to vote their hopes, not their fears.

The battle for what will become the "conventional wisdom" in the press about yesterday's election is on-- and we can't allow Big Oil and Dirty Coal to spin this election as a legitimate victory for them. That's why we're asking all our supporters to write their local newspapers and tell them how big polluters bought this election -- and that it can't happen again.

Now that the election is behind us, many of us in the climate movement will focus much of our energy on pushing the Obama Administration and Congress to use the Clean Air Act to cut global warming pollution and jump start investments in clean energy. We will also push the Administration to support strong climate financing at the upcoming United Nations climate talks in Cancún.

I know that a Congress with so many more climate deniers and tools of dirty polluters is discouraging, but now is not the time for anyone in the climate movement to give up. I personally remember the dark days after the 1994 election, and how we banded together to defend the health of our environment and communities from dirty polluters and their friends in Congress. If we could do it then, we can certainly do it again by joining forces and fighting as hard as we possibly can.

Climate change is escalating even as we keep falling behind much of the world in the race to build clean energy economies. As a movement, we have no choice but to keep fighting. And that's exactly what we're going to do.

Liz Butler has more than 17 years of experience organizing and campaigning on environmental issues, with a focus on both market and legislative campaigns. She is the campaign director for 1Sky, which originally published this column Nov. 3. It is republished here with her permission.

0 Comments on "How big polluters bought the election"