RealAspen News and Community Content Feed
By David O. Williams
Real Aspen – September 12, 2012
How can Mitt Romney, a practicing Mormon, be so quick to condemn statements critical of religious intolerance?

It's the height of irony that a member of the Church of Jesus Christ of Latter-day Saints would forget his own religion's history of violent persecution at the hands of so-called Christians who killed LDS founder Joseph Smith and drove Mormons out of Missouri and Illinois.

That's the kind of violent religious intolerance that led to Tuesday's attack by Islamic extremists on the U.S. embassies in Cairo, Egypt, and Benghazi, Libya. It's also the same kind of extremism that led to a YouTube video ridiculing the Prophet Muhammad. And it's identical to the violent zealotry that led to the 9/11 attacks 11 years ago. 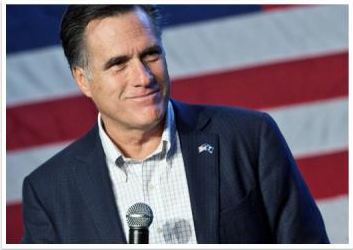 Of all people, Romney should understand the need to stamp out violence born of religious intolerance, because freedom of worship is one of the founding principles of our nation, and it remains a great national disgrace that Mormons were persecuted all the way to Utah during the 19th century.

So statements condemning religious intolerance are never disgraceful. What's disgraceful is Romney politicizing the tragedy and forgetting his own religion's history.