In recent years there has been a steady shift toward more progressive (or green) candidates for the board of directors – folks who have steadily moved the local power co-op into the 21st century.

That movement will no doubt continue this election cycle, especially with the retirement of Carbondale's Tom Turnbull – a board member since 1979 who has served as HCE's longtime president.

Turnbull angered new-energy backers a couple of years ago when he wrote in the 43,000-member co-op's newsletter that “there is no doubt that we are witnessing a warming trend, but, historically, civilization has benefited and thrived in warmer periods as opposed to ice ages.” 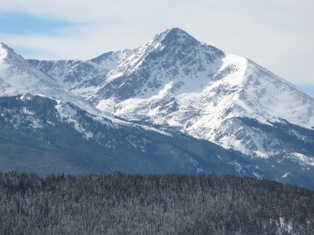 Not what HCE's two largest clients – Aspen Skiing Company and Vail Resorts (companies kind of invested in colder temperatures) – wanted to hear. Then he backed incumbents last election in a move that smacked of board interference in the voting process – a no-no under a new state law.

So if you haven't mailed in your ballot yet, please do so (and by all means don't toss it in the trash). You have until Friday of this week. I just sent mine in, voting for local clean-energy advocates Adam Palmer, the environmental policy planner for Eagle County, and Kristen Bertuglia, sustainability coordinator for the Town of Vail. Those two are my choices in the northern district, where voters are asked to pick two of four candidates.

In the southern district, I voted for longtime HCE employee (retired in 2005) Robert Gardner, of Basalt. He was instrumental in helping to implement some of the policies that have made HCE a clean-energy model for other REAs in the state (the co-op's $100 million investment in a new coal plant notwithstanding).

Why does this stuff matter? Shouldn't we just try to get the cheapest juice possible from our local power provider?

Holy Cross has steadily increased its solar portfolio and is one of the few utilities in the nation harnessing methane gas vented from coal mines. It also is buying power from a biomass operation in Gypsum.

These local sources of green power will become increasingly important as the front-end costs of oil and gas production and coal mining rise because of justified environmental concerns. Impacts to air and water quality will make fossil fuel production a more and more expensive proposition.

For more on that, be sure to check out RealAspen.com's Troy Hooper, who's been writing an excellent series on hydraulic fracturing near schools in Erie, Colo. The series first appeared in the Colorado Independent.

Republican state lawmakers this past session again tried to gut Colorado's aggressive 30-percent by 2020 renewable energy standard, but environmental groups successfully pushed back. The next big issue is the re-upping of federal tax incentives that have made Colorado a leader in wind energy production. Green groups are urging Colorado Sens. Mark Udall and Michael Bennet to fight hard to continue those breaks.

Another news and note of local interest (on a totally different subject), the U.S. Supreme Court on Monday ruled against a Denver man who sued the U.S. Secret Service over his treatment in 2006 when he approached then Vice President Dick Cheney in Beaver Creek and questioned the administration's policies in Iraq. According to the New York Times, the High Court ruled agents are immune from such lawsuits.

Finally, kudos to my alma mater, Metropolitan State College of Denver, for floating a proposal that will almost certainly draw serious fire from the right. The Denver-area commuter college has proposed lower tuition rates for illegal immigrants who have graduated from a Colorado high school or earned a GED. They must also prove residency for at least three years.

It only makes sense to continue to educate the children of immigrants who came here and were hired to contribute to our economy. If you remember, this is an issue Vail's own Mike Johnston unsuccessfully took up in the legislature in recent years. Johnston, son of former Vail Mayor Paul Johnston, is a former educator and now a Democratic state senator representing a Denver-area district.
RealAspen News and Community Content Feed

I can set up my new idea from this post. It gives in depth information. Thanks for this valuable information for all,.. how do i turn my idea into an invention

Hey, this day is too much good for me, since this time I am reading this enormous informative article here at my home. Thanks a lot for massive hard work. InventHelp Linkedin

This is highly informatics, crisp and clear. I think that everything has been described in systematic manner so that reader could get maximum information and learn many things. acim audio

I visit your blog regularly and recommend it to all of those who wanted to enhance their knowledge with ease. The style of writing is excellent and also the content is top-notch. Thanks for that shrewdness you provide the readers! acim

i am for the first time here. I found this board and I in finding It truly helpful & it helped me out a lot. I hope to present something back and help others such as you helped me. SINGAPORE FAKE ID

Thanks for your insight for your fantastic posting. I’m exhilarated I have taken the time to see this. It is not enough; I will visit your site every day. spiritually enlightening movies

this is really nice to read..informative post is very good to read..thanks a lot! spiritual movies