How much did religion play into Manning signing, likely trade of Tebow?

Now that future Hall of Fame quarterback Peyton Manning has inked a $96 million, five-year deal with the Denver Broncos, America is obsessing today over the fate of former starter Tim Tebow.

Tebow's trade value may be limited due to his lack of football fundamentals and his overabundance of religious fundamentalism.

Any team that rolls the dice on the inaccurate but wildly energizing Born Again Christian is reaching out to a rabid fan base that will demand their hero plays right away. That eliminates most backup roles, where the current starter will be booed mercilessly at any sign of weakness. 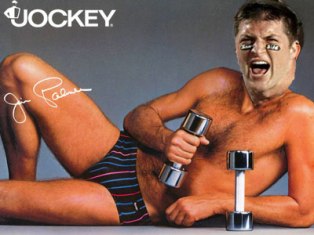 And if a team brings Tebow in as a starter, it has to morph its entire offense into a spread, college-style system that got the Broncos to the playoffs last year (in an incredibly weak division) but was exposed by the New England Patriots in the second round.

Of course, the Broncos could just keep Tebow on the roster, but it's clear that John Elway wants to wash his hands of Tebowmania. While Elway is politically conservative, regularly backing Republican candidates, he may have been squeamish about Tebow's over-the-top displays of faith during and after games.

For the most part, Colorado is a moderate place. We like our politicians moderate, and we like our religion in moderation. I'm generalizing here, but the majority of Colorado residents don't like to be beaten over the head with religious views. We go to church, but we don't like it when we're accosted in airports and handed pamphlets at our front door.

We're not a state of extremists. I have Democrat friends who drive pickups and own lots of guns. I also have Republican friends who in other parts of the country would be considered wild-eyed environmentalists. Other than Focus on the Family Colorado Springs and the People's Republic of Boulder, it's hard to pin down the average Coloradan and paint them with a broad ideological brush.

The same is true on the religious front. I talked to a lot of people who loved what Tebow did for the Broncos last year, helping to win eight games and claiming the division title for the first time in seven years, but they didn't like the religious circus and the national debate over separation of sports and religion that came with Tebowmania.

In fact, if there's one common religion in this state, it's our orange-hued devotion to the Denver Broncos. We don't want someone else's idea of proper worship impinging on our weekly pilgrimage to the church of the NFL.

Few people doubt Tebow's sincerity and his strong beliefs – and even fewer people begrudge him the right to hold those beliefs – they just don't want it in their face every Sunday before, during and after the games.

Elway will never say all of that was a factor in so aggressively pursuing Manning, but it had to be in the back of his mind. And for that reason, I think the Broncos want no part of Tebow – even as a backup.

2 Comments on "How much did religion play into Manning signing, likely trade of Tebow?"

"Few people doubt Tebow’s sincerity and his strong beliefs – and even fewer people begrudge him the right to hold those beliefs – they just don’t want it in their face every Sunday..." Great line, David ... but why? Perhaps because its such a powerful reminder that they haven't been in the church house themselves since, oh, Christmas, and before that, Easter? and that they only went then to make sure the kids got a little "churching up" on a day when the fam could all be seem by everybody else (who hadn't been since the last big holiday?) All this Jesus stuff on Sundays from Tebow a might embarrassing to those who'd like to pretend they're religious but, in fact, are sitting around the house drinking alcohol on the Lord's Day, cheering on some guy who's actually at work? We Americans prefer to keep our hypocrisy below the fold, I think...