Falling asleep under the stars (and eaten by mosquitoes). Cooking over a campfire (with sand as condiment). Listening to the crickets (and – wait, was that a bear?). 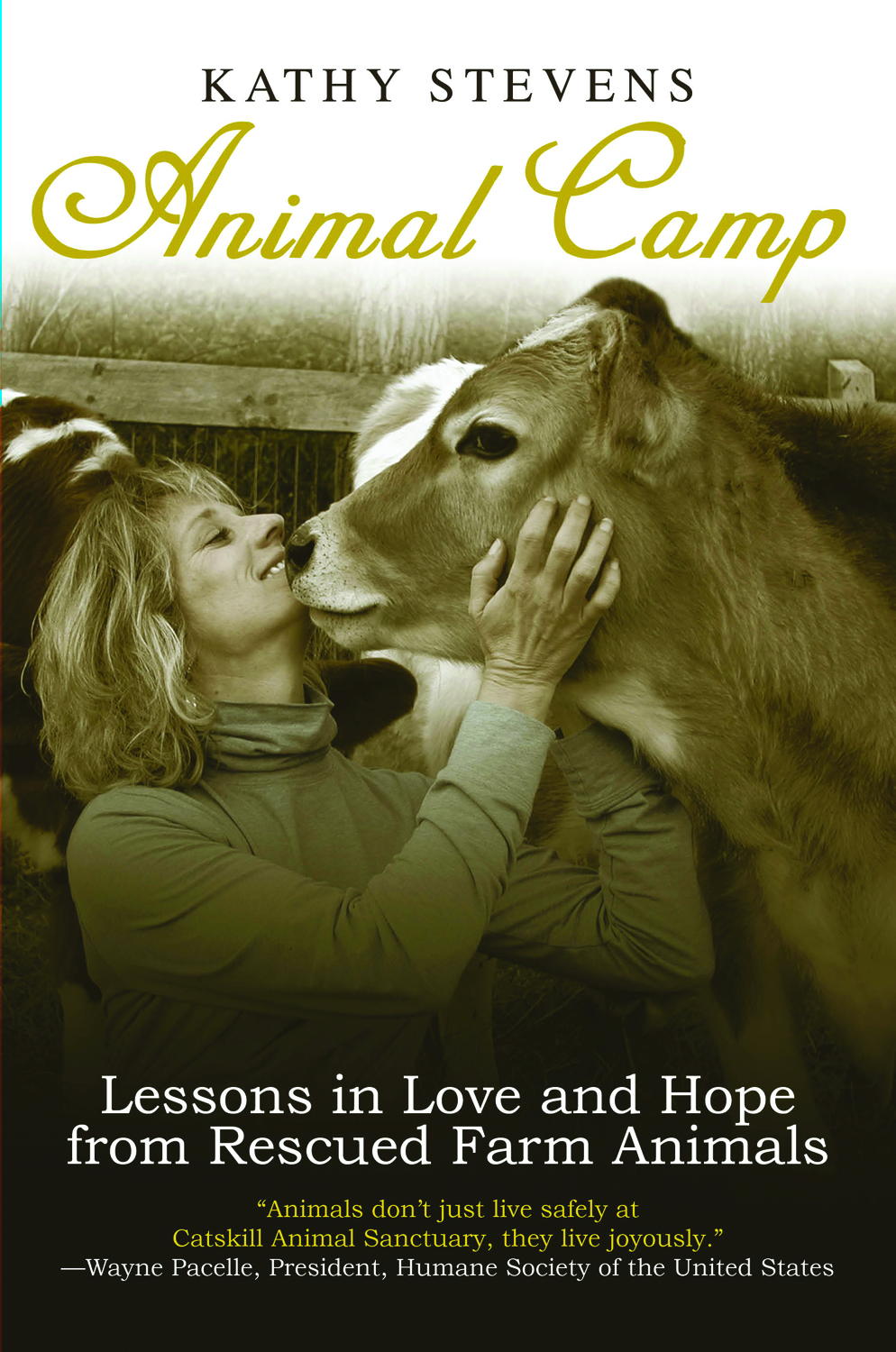 Click here to buy this book on Amazon
But what's better than relaxing at the campsite, just you, the family, and nature? Imagine taking your 700-lb. pets with you, and you've got the basic idea behind “Animal Camp” by Kathy Stevens.

Anyone in a long-term relationship knows that distance – even a little of it – is hard to endure when it comes to your beloved. Even so, when Kathy Stevens' partner, David, invited her to move in with him at his cabin just a few miles away from her home at New York's Catskills Animal Sanctuary (CAS), she balked.

Through CAS, Stevens, her staff, and a hundred volunteers care for unwanted, abused, and rescued farm animals, and there were three critters that needed extra TLC: Hope, the “semi-feral” horse whose recovery was still fragile, but whose eyes gave her a name and indicated the ability for patience; Tucker the Guernsey steer who was a refugee from a petting zoo, destined for slaughter until CAS stepped in; and Franklin the pig – runt of the litter, brunt of barnyard bullying, friendless in the field.

Stevens was reluctant to allow this unwanted trio to experience further abandonment. But could it be possible that, given quiet time away from CAS, the three unrelated animals might forge their own version of “family”?

And, alas, that's the end of that.

Yes, you'll read a little bit more about Tucker, Hope, Murphy, and Franklin in “Animal Camp”, but the sweet title story takes up only about a quarter of this slim book, which was disappointing. The rest of author Kathy Stevens' memoir consists of different, often unrelated tales of rescued farm animals and their relationships with other creatures and the staff and volunteers of CAS.

Though I liked the title story, I had divergent thoughts about the latter three-quarters of this book. Stevens' joy comes beaming through the pages here, giving animal lovers a peek at an enviable life that also includes pain, frustration, triumph, and abundant love. I liked that a lot.

But while I won't use the word “anthropomorphizing” – an accusation that Stevens and I both hate – there is such a thing as going overboard when attributing human feelings to animals. Quick to say that they have their “own lives”, Stevens makes few allowances for animals just being animals, or having their own emotions.

Still, if you've ever cherished a pet, large or small, you're going to enjoy this soaring memoir of animal love. For you, “Animal Camp” will make you one very happy camper.