Tales of biking, swimming and running the Colorado Plateau ... or How I Got to Burning Man

RealAspen News and Community Content Feed
By Matt Moseley
Real Aspen – August 24, 2010
About this time last year I was sweating buckets, literally, training for the biggest adventure of my life. 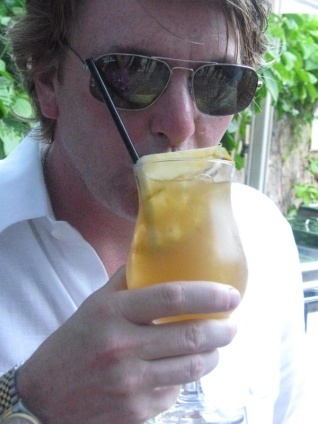 It started innocently enough over cocktails at Jax restaurant in Boulder in the spring of last year with talk about going to Burning Man. If we were going to go, we couldn't just drive in like normal people. We reckoned we should tack on a big adventure on the front end.

About two margaritas later, Bud Thompson suggested we should bike 142 miles on Kokopelli's Trail from Grand Junction to Moab, swim on the Colorado River for 18 miles from Moab to Potash Point and then run 24 miles rim-to-rim in the Grand Canyon. Bud is prone to crazy talk like this and I dismissed him as mad, which he truly is, but in a good way.

For the greatest festival on earth, Bud argued, we had to concoct an adventure apropos for the occasion — a first-of-its-kind trip, something that would rip our minds and bodies apart. The risks were great. The heat would be searing traversing the Colorado Plateau. There could be glory at the end of the road.

“Yeah,” I exclaimed after another margarita. “I'm in.”

We high-fived with a loud slap and raised our glasses to our new-found mission. Game on.

We left Thursday evening Aug. 27, 2009, for our two-week 3,500 mile mid-life crisis and drove to the start of Kokopelli's trail. We put our tents at the trailhead and Bud took off the next morning. I am a swimmer and a runner, not a mountain biker, so I ran support for this leg in the White Whale, Bud's big Suburban.

Bud rode in over 100-degree heat for about 60 miles from where the Rocky Mountains fade into the Colorado Plateau from Fruita to Dewey Bridge with about 12,000 feet of climbing. We met at several selected meeting spots along the way to replenish water and food. I set up camp at the Hittle Bottom on the Colorado River, about 23 miles above Moab. The Allman Brothers were playing loudly on the iPod perched on top of the Whale, chairs on the waters edge for feet soaking and cold Tecate beers were waiting when Bud came in after eight hours of riding.

The next day wasn't so pretty, we missed our rendezvous due to poor communication and a lack of maps. I took the White Whale over 26 stream crossings and my bike fell off the rack several times. It was a 80-mile ride, but with much more climbing and challenging trail.

We were supposed to meet at 3 p.m. at the Colorado River boat ramp in Moab so by 5 p.m., I started getting nervous. By 6 p.m. we got a note from two guys in a truck that Bud was at the Sorrel River Ranch up the road having beers and waiting for us. He was dehydrated and he said his scrotum was scorched, but otherwise fine. 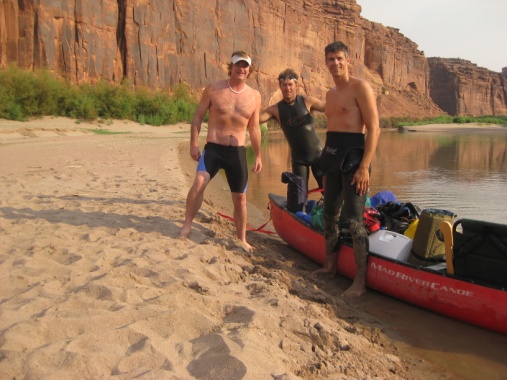 Moseley and crew with canoe.

The following morning we readied our canoe for a long day of swimming and shuttled the Whale to take out. Because I had already supported the previous two days and was the strongest swimmer of the crew, I wasn't going to be sitting in a canoe all day. I tied the rope from the canoe around my waist. They laughed and thought no way. I smiled and dove in first, stroking hard and set a good pace pulling the canoe most the day. We swam 15 miles in about five hours.

Our home for the night would be a large beautiful beach with plenty of firewood (we had a firepan.) We ate a hearty meal of flank steak and black beans with corn and passed around a bottle of Patron tequila while we watched the stars. One-by-one, each of us faded into our sleeping bags. The following day found us stiff and Bud exhausted. The bike had taken a lot out of him. We swam the remaining three miles to the take out at Potash Point, quickly loaded the car and blazed towards the Grand Canyon. Jonathan drove most of the eight hours to the North Rim of the Canyon.

I had trained hard for the Grand Canyon run. I didn't want to be stuck down there with heat stroke — a very strong possibility for the unprepared. I was nervous though because the 18 miles I had done around the Boulder Reservoir two weeks prior, the longest run of my life, had roasted me — and that was flat. Now I was facing a 24-mile run with 12,000 foot of elevation loss and gain — an additional mile down and back up. My mind raced as I lay down that night in a log cabin on the rim. To boot, our last possible meal before the hinterlands of the Grand Canyon was Taco Bell, which kept some of us (not me) at night with the runs. Not the best pre-run meal.

A mist hung low over the canyon and it was very dark with no moon at 4:20 a.m. when Jonathan and I started down the North Rim. Bud followed about 45 minutes behind so he could arrange to drop off a key with a driver who would shuttle the White Whale to the South Rim, a three-hour drive.

The run felt good and I was careful to eat and drink at regular intervals to stay on top of nutrition. I chugged electrolyte drinks that claimed to “prevent muscle cannibalization” and ate plenty of goo and Cliff Blocks chewables. It was working, my body felt loose and strong as we flew along the canyon walls.

With about three of the steepest miles left to the top of the canyon, I knew I was going to make it and I started thinking about how far I had come in my life to get to this point. I was now a profoundly different person from the unhealthy boy who moved to Colorado from Louisiana fifteen years ago. Back then I was 210 pounds and smoking a pack of Marlboro Reds a day. Now I was at the top of my game.

I was overwhelmed with joy despite the physical agony I was feeling up those last switchbacks. I ate them up like breakfast cereal. As the Hopi Prophecy says, “Banish the word struggle from your vocabulary. We are the ones we've been waiting for.”

I was so joyous I whooped at tourists on the rim — looking like a crusty wet madman. Upon reaching the top, I saw Bud and Jonathan and we all embraced. Bud made it in four hours and 50 minutes with Jonathan not far behind and I came in at just under seven hours. I cried when I told them of my epiphany. Perched on the rim was one of the most magnificent and emotional experiences of my life. I had worked so hard for it and the accomplishment made the salt crusted on my lips taste sweet. 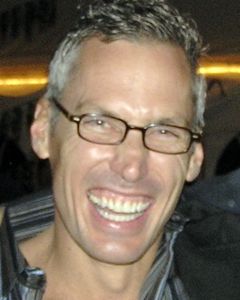 We drove five hours to Las Vegas and pulled the White Whale up to the Hard Rock Hotel looking rode hard and put up wet — rolling out like crippled and stiff old men going to a nursing home. The valet was not impressed when our stinky wet gear spilled out of the Whale at the entrance of the hotel and casino. We ate a hearty Vietnamese meal that evening from a restaurant across the street with a few unlit letters on the marquis. That made me more nervous than Taco Bell, but Jonathan said that was a good sign and that this would be a real meal. My cousin and former professional triathlete, Glynde Mangum (aka Mango), flew into Vegas and met us back at the Hard Rock for a triumphant celebration.

Instead of being tired, we were revved up with an ethereal energy and ready for action. After winning, and then losing, at blackjack downstairs, we snuck into a pimp-daddy suite a few doors down from our rooms on the top floor of the Hard Rock. A rocking clothing collection party was in progress. Mango took up a spot behind the open bar and served drinks, Bud and I bowled on the lane that stretched the length of the suite and Jonathan hung out by the hot tub until we all collapsed in the early morning.

I look back on that adventure one year ago as one of the greatest times in my life — a time when I went beyond my limits and learned a lot about myself in the process. As we set out to do from that day at Jax restaurant, we planned an adventure that changed our bodies and minds forever. Bud fulfilled a dream that was three years in the making. When I climbed like a ravaged soaking animal onto the top of the South Rim of the Grand Canyon almost a year ago I can remember the feeling so clearly — it wasn't just better than sex, it was better than Vegas.

After a few hours of shut eye at the Hard Rock, Jonathan flew back to Boulder and Mango, Bud and I were finally driving the White Whale twelve hours north to Burning Man. Maybe we would finally get some rest. Yeah, right.

Matthew L. Moseley is a communications strategist in Boulder and is the author of the recently published book, Dear Dr. Thompson: Felony Murder, Hunter S. Thompson and the Last Gonzo Campaign. He will be going to Burning Man this year to write about the music for Rolling Stone. This time he is flying.

This trip takes a lot of planning and logistics. Each stop requires a shuttle, canoe or support vehicle. For the Grand Canyon, we hired an old-time Mule runner named Mike: $300 for his round trip. Canoe in Moab, Tex's Riverways, and outfitters in Fruita run guided trips on the Kokopelli.

1 Comment on "Tales of biking, swimming and running the Colorado Plateau ... or How I Got to Burning Man"

If you’ve never been to Las Vegas, you’re at least familiar with the oft-publicized Strip, with its rows of casinos, hotels, and other forms of entertainment.Las Vegas is additionally a typical goal for those looking for a low-tax haven to set up their business, implying that there is likewise a solid interest for private properties that individuals investigating when they move in Las Vegas as opening up the assortment of development openings accessible to a potential land buyer. On the off chance that you are additionally looking for the Summerlin Homes for Sale, at that point you should contact Kurt Grosse of Realty One Group, as he is the top realtor in the Nevada. Look for a Realtor with building experience. Ex-contractors, Ex-engineers, inspectors, and so forth are the best. In the event that you can't find one in your city, call us. We might have the options to discover one for you or we may realize one relying upon where you are like Las Vegas Guard Gated Communities