RealAspen News and Community Content Feed
By David O. Williams
Real Aspen – September 12, 2011
Critics of large, utility-scale solar power plants like the one that recently landed a U.S. Department of Energy (DOE) loan guarantee in southern Colorado say the feds need to better vet energy technology before putting so many taxpayer dollars on the line.

“DOE does need to do a better job of assessing renewable energy technologies and business models rather than succumbing to the Wall Street bubble machine that often drives fancy, expensive behemoths -- like Stirling dish, parabolic trough and power tower technologies -- that have little to no chance of competing on its own,” Smith added. “If a technology is big with a lot of moving parts, be suspicious.” 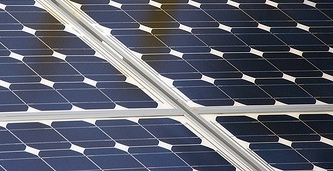 The DOE is getting heat of late for loan guarantees made to failed Silicon Valley-based solar panel maker Solyndra, including from Colorado U.S. Rep. Diana DeGette, D-Denver.

The DOE, in a press release, touted the project as “one of the first utility-scale, high concentration photovoltaic energy generation facilities in the nation and, when completed, the largest of its kind in the world. Cogentrix estimates the project will support up to 100 construction jobs.”

Xcel Energy will buy the power from the new facility – expected to generate enough energy per year to power 6,500 homes – for the next 20 years. Xcel and Tri-State Generation and Transmission are embroiled in controversial efforts to increase power line transmission between the San Luis Valley surrounding Alamosa and Colorado's Front Range.

“On Thursday, President Obama spoke about the need to continue creating the jobs of the future,” Energy Secretary Steven Chu said last week, referring to Obama's jobs speech. “And that's exactly what today's [Alamosa solar] investment does – putting Americans to work right away and helping position us to win the global race for the clean energy industries of tomorrow.”

Smith, however, is a proponent of more distributed, roof-top solar projects.

“In the case of Cogentrix, taxpayers will pay $3 million a megawatt for remotely generated solar energy that will incur 8 to 15 percent transmission losses between Alamosa and the point of use and create very few jobs,” Smith said. “Compare that to ‘Project Amp' that will cost taxpayers $2 million a megawatt of onsite distributed electricity and generate more than 10,000 new green jobs in 28 states. Which is the better deal for the American people?”

Cogentrix recently saw many of its claims to develop solar facilities in the Nevada desert rejected by federal officials.