Gerald Gallegos, entrepreneur, philanthropist and former Vail Valley Citizen of the Year, died late Wednesday night, according to a statement from the Gallegos Corporation. 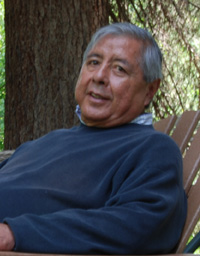 The company, based in Wolcott, started out doing masonry and stone work for custom homes and grew into one of the top-three masonry companies in the United States, with 500 employees in eights states. Its stone work can be found in the homes of Fortune 500 CEOs, celebrities and sports stars in resort areas from Vail to Aspen to Lake Tahoe.

Locally, Gallegos was known for his generous support of youth sports and education through his work on the boards for the Youth Foundation and the Vail Valley Foundation, among others.

It is with great sadness that we announce the death of Gerald Gallegos, founder of The Gallegos Corporation, great community philanthropist and friend to many in the Vail Valley. Gerald passed away late last night of health complications. Right up to the end of his life, Gerald was involved in the day-to-day operations of his company, mentor to his employees and active supporter of numerous charities. Gerald was proud of his company and especially of the employees, who Gerald often said were the backbone, and greatest asset, of the company.

Gerald will be greatly missed but his vision, strength, spirit and belief in his company and the causes he supported will continue to be with us. Over the years Gerald made many contributions, and was very involved with the youth in Eagle County -- supporting The Youth Foundation, Vail Valley Foundation, El Pomar Foundation, Roundup River Ranch, to name a few. There were very few times Gerald would turn down a request for funding children -- whether sending someone to a wrestling tournament or donating to Little League.

Gerald made an indelible mark on the community, and there are very few locals who won't be able to remember Gerald without a smile on his face, or making a generous donation.

Memorial arrangements will be announced as they are finalized.

From Gerald's family and from the Gallegos family we thank you for your love, support and dedication to Gerald and our company.