RealAspen News and Community Content Feed
By David O. Williams
Real Aspen – September 2, 2011
The state's second largest power provider – Tri-State Generation and Transmission – has an all-of-the-above approach to energy resources, but that doesn't mean its interest in a coal plant expansion in Kansas is meant to transform the Westminster-based company into a larger regional power wholesaler.

“We serve 44 co-ops in four states over 200,000 square miles,” Tri-State spokesman Jim Van Someren said Thursday. “That is our one-and-only mission and our board doesn't have any intention or any philosophy to operate outside of that mission.” 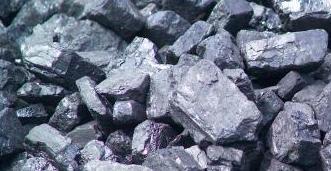 “We would not invest in any sort of generation resource to meet demand outside of our membership. It's not in our operating philosophy. It's not in our corporate business model. So that just doesn't reflect accurately at all,” Van Someren added.

He was responding to concerns that Tri-State's interest in the proposed Holcomb 2 coal-fired power plant expansion just over the Colorado state line in Kansas is unnecessary because the company can meet its member's needs through natural gas and renewable sources.

Prior to a Monday meeting at Tri-State's headquarters in Westminster to get public feedback on its ongoing resource planning process, there was concern among environmentalists that such an investment might lead to Tri-State selling electricity outside of its membership.

Bruce Driver, a consultant and former executive director for Western Resource Advocates, says he feels Tri-State on Monday adequately addressed his concerns about the company possibly expanding the scope of its mission. He was particularly worried about Policy 506, which was approved by Tri-State's board of directors.

“Tri-State says that [Policy 506] is intended to clarify that Tri-State provides power at wholesale to its members across state lines,” Driver said. “Apparently, Tri-State is trying to assert its authority to charge all of its members, wherever located, the same ‘postage stamp' rate for power, so that it can implement in 2013 its new rate design.

“Tri-State explained that Policy 506, which we had heard authorized Tri-State to become a wholesale power provider serving needs beyond the Tri-State membership, is not intended to do this.”

The proposed 895-megawatt Holcomb 2 expansion is primarily a project of Kansas-based Sunflower Electric Power Association, which has won approval from state regulators there but is being challenged in court by the Sierra Club.

Tri-State is listed among the project participants, but Van Someren said the company is simply keeping its options open.

“We're not really moving forward with (Holcomb 2),” he said. “We haven't made any further commitment toward it. We are monitoring that. We're certainly staying abreast of the situation, sharing information, getting information from Sunflower. But we have made no commitment and we're not moving forward on that as of today, nor do we have any immediate plans to.”

Driver said Tri-State's own resource acquisition plan shows the need for a new coal unit in only one out of 24 models, and that one scenario only calls for 302 megawatts by 2027, whereas Tri-State's share of Holcomb 2 would be 695 megawatts.

Asked if there is a Tri-State business plan calling for the company to actively recruit more cooperatives to create more demand, Van Someren said “none whatsoever.” Tri-State has been at the 44-member level since 2000.

When I saw this page was like wow. Thanks for putting your effort in publishing this article. jaguarqq

It’s rare knowledgeable individuals on this topic, however, you be understood as guess what happens you are speaking about! Thanks jackpot338

This would be the appropriate weblog for everyone who is wants to check out this topic. You know a lot its virtually hard to argue along (not that I really would want…HaHa). You actually put a fresh spin using a topic thats been discussed for years. Excellent stuff, just fantastic! selling payment processing

Thx for your post. I’d like to write my opinion that the expense of car insurance varies from one insurance plan to another, due to the fact there are so many different facets which contribute to the overall cost. Such as, the model and make of the auto will have a massive bearing on the price. A reliable outdated family motor vehicle will have an inexpensive premium compared to a flashy sports vehicle. Indiana Fake ID

camping have been the best activity that we can have during the summer, i love to roast marshmallows on a campfire.. cord gitar

I have to express my appreciation for your generosity in support of women who really want help on in this concern. Your personal commitment to getting the message around appeared to be especially beneficial and have specifically made regular people like me to attain their endeavors. The interesting help signifies a lot to me and much more to my fellow workers. Thanks a ton; from each one of us. צימרים עם בריכה פרטית

I’ve been absent for some time, but now I remember why I used to love this blog. Thank you, I will try and check back more often. How frequently you update your website? slot gacor 2023