“Here in Colorado, while my constituents and I are working with the Forest Service to keep the best of our backcountry forests protected, some in Congress are pushing on behalf of special interests to take those protections away entirely,” DeGette said in a release. “Coloradans depend on these areas for our drinking water, our outdoor economy and our cherished way of life, and they must be preserved.”

Critical last month of the proposed Colorado Roadless Rule, DeGette has long been a champion of expanding, not contracting, wilderness protections for federal lands in the state. A bill introduced last spring by Rep. Kevin McCarthy, R-Calif., would remove wilderness and roadless area protections from an area of the country the size of the state of Wyoming, critics say. 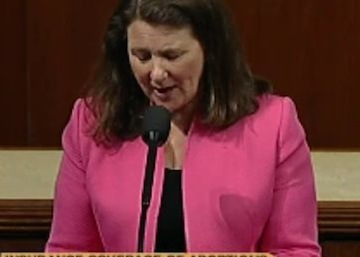 McCarthy's bill (H.R.1581) is entitled the Wilderness and Roadless Area Release Act. The House could vote on it as early as this fall. Republican Wyoming Sen. John Barrasso has introduced companion legislation in the Senate.

“The bill is a double threat to Colorado's national forest roadless areas,” said Elise Jones, executive director of the Colorado Environmental Coalition. “Not only would it end existing protections provided to these treasured landscapes, it would also bar future action to safeguard them under either the Roadless Area Conservation Rule or the current state-based rulemaking under way by the Obama administration.”

McCarthy says his bill is necessary to generate jobs and to provide “more reliable grazing and numerous recreational activities, including motorized sports and increased access for better hunting and fishing.”

But critics, including numerous sportsmen's group, say the bill is mostly aimed at providing greater access for logging, mining and oil and gas production. Outdoor recreation in Colorado contributes more than $10 billion to the state's economy each year and provides about 107,000 jobs, according to the Outdoor Industry Association.

“People can have fun and show their support for saving these treasured places,” said Outdoor Industry Association Director of Government Affairs Craig Mackey. “Our public lands in places like Pikes Peak or Hermosa Creek provide some of the best outdoor recreation areas we have in the state, and Coloradans are enjoying their public lands even more today than they did 10 or 20 years ago.”

In an email release today, Interior Secretary Ken Salazar offered these statistics on the economic benefits of outdoor recreation nationally:

“Hunting, fishing, and outdoor recreation contribute an estimated $730 billion to the U.S. economy each year. And one in 20 U.S. jobs are in the recreation economy – more than there are doctors, lawyers, or teachers. More than 12 million Americans hunt; more than 30 million Americans fish; and three out of four Americans engage in some kind of healthy outdoor activity,” Salazar said.

Some Republican members of Colorado's congressional delegation have called efforts by Salazar to expand wilderness protections under his controversial Wild Lands Order a massive “federal land grab” that would stifle economic recovery in the West.

For a list of Colorado activities associated with Great Outdoors Week, go to the Colorado Deserves More campaign website.

There are lots to pick out from when it comes to this studying but before obtaining a tarot card looking at, be guaranteed that you are decided on what kind of studying you want. Receiving this is straightforward for the reason that there are a great deal of psychics or charlatans out there who specialize in tarot card examining. You just have to find the proper a single who will satisfy your demands. You can consult approximately or browse opinions on the net relating to a respected... Tarot en Alcalá de Guadaira-Vidente en Alcalá de Guadaira-Tarotista en Alcalá de Guadaira 24 horas