RealAspen News and Community Content Feed
By Troy Hooper
Real Aspen – August 1, 2011
Small-scale terrorism attacks may be here to stay but with al Qaeda reeling from Osama bin Laden's death, the United States could deliver a “knockout” blow to the terror group if several of its senior leaders are captured or killed, according to homeland security experts who spoke in Aspen last week.

“This is a period of turbulence for our arch enemy," Douglas E. Lute, the White House's top national security adviser on Pakistan, said Friday at the Aspen Security Forum. "In this succession period there are three to five key leaders of al Qaeda that if they were removed from the battlefield … it would seriously degrade al Qaeda's ability to regenerate. This is the time to double down on the opportunity to defeat al Qaeda. We need to go for the knockout punch.” 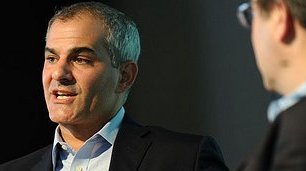 Over the next six months, the retired three-star Army general declared “we have a chance of a lifetime” to cripple the world's most infamous terror organization. He said that the United States has shared with Pakistan the names of the senior al Qaeda leaders it is targeting, but other than Ayman al-Zawahri, bin Laden's longtime deputy and successor, Lute declined to identify the terrorists for the Aspen audience.

“Taking out this last core element of al Qaeda is also in Pakistan's interests,” he added.

Lute's statements are among the most candid yet regarding the nation's counterterrorism strategy since President Obama ordered commandos to take out bin Laden in Abbottabad, Pakistan, on May 2.

But even if U.S. forces were to “strategically defeat” al Qaeda, the specter of terrorism will not end, according to Michael E. Leiter, the recently retired director of the National Counterterrorism Center.

Speaking publicly for the first time since resigning his post last month, Leiter at the Aspen Security Forum said there is “an an element of violent extremists that we don't have a perfect way of defeating.”

He pointed to the Tehrik-i-Taliban Pakistan, which tried and failed to bomb Times Square last year, as one such organization independent of al Qaeda. He also cited groups in Somalia and Yemen, as well as homegrown extremists in the United States, as enemies that “we need to have in our crosshairs.”

Whereas bin Laden obsessed with the spectacular when plotting attacks against the Western world, the new engineers of terrorism are satisfied with small-scale attacks that can yield massive results.

While other experts at the Aspen forum maintained that the consensus among those in security intelligence is that the United States faces no greater or urgent danger than an attack with a nuclear weapon, Leiter said chemical or biological weapons are more likely to kill Americans. Using an easy-to-concoct poison such as ricin, he said, would be an effective way for terrorists to galvanize fear.

Leiter, who spent five years directing the National Counterterrorism Center, said that both President Bush and President Obama in his experience “were unbelievably focused on” homeland security.

He predicted that despite the nation's best efforts, terrorists will strike the United States again.

“The American people do need to understand that at least the smaller-scale terrorist attacks are with us for the foreseeable future,” Leiter said. “The way that we fundamentally defeat that threat, which is very difficult to stop in its entirety, is to maintain a culture of resilience. Although this threat of terrorism is real and there will be tragic events that lead to the deaths of innocent people, it is not, in my view, an existential threat to our society unless we respond to this threat in an unhealthy way.”

Positive site, where did u come up with the information on this posting?I have read a few of the articles on your website now, and I really like your style. Thanks a million and please keep up the effective work. ắc quy bộ lưu điện ups chất lượng

Thank you for taking the time to publish this information very useful! Georgia Fake ID

Thank you so much for ding the impressive job here, everyone will surely like your post. judi slot freebet online