A 25-year-old man died from injuries he sustained from a rockfall on Snowmass Mountain today.

When the rockfall occurred, Sean A. Wylam, who recently moved to Highlands Ranch near Denver, was on the southwest aspect of the 14,099-foot peak, which is not to be confused with the ski area of the same name. 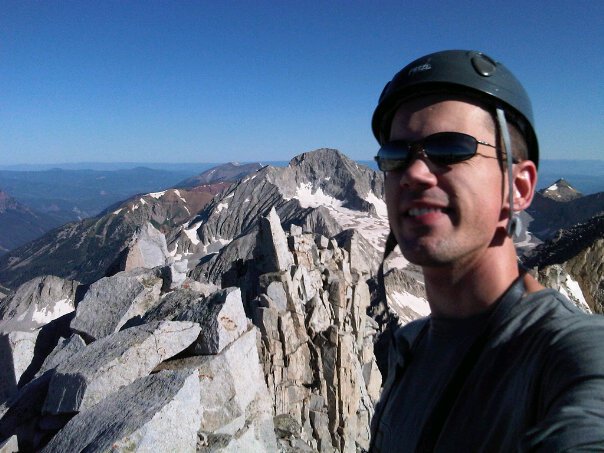 A photo Sean Wylam posted of himself on top of Snowmass Mountain early Sunday.
Facebook

At 9:55 a.m., Pitkin County authorities were alerted that Wylam was injured. About an hour later, a Flight for Life helicopter began lifting emergency personnel onto Snowmass Mountain, which is the 34th tallest peak in Colorado. At 1 p.m., rescuers made contact with Wylam, working to stabilize him at the scene, a sheriff's office statement said. CPR was initiated on the Flight for Life helicopter en route to Aspen Valley Hospital at 3:40 p.m. and continued upon arrival at the hospital for about 30 minutes, according to the sheriff's statement.

Snowmass Mountain is west of Aspen and southwest of Snowmass Village. It lies along the border between Pitkin and Gunnison counties and within the Maroon Bells-Snowmass Wilderness of the White River National Forest.

Earlier Sunday morning, Wylam had apparently reached the summit of Snowmass Mountain, posting a photo on Facebook of himself up top along with the words: "On Snowmass ... now to get back down." He also uploaded other photos from his trek up the 14er, depicting snow and rocks, using his Blackberry.

Wylam recently moved to Colorado. He is from Centralia, Wash.

NEST® is different. This is a Web3 / Metaverse super-app. It is a hyper-secured, real-world custody and provenance solution. This is the first confidentially controlled SSDID (Self-Sovereign Decentralized ID), with an ecosystem that permits real-world ownership, confidential and protected control of digital assets across blockchain networks of choice. NEST® addresses critical metaverse problems in the global market that existing solutions do not. Think of NEST® as a Web3, version 2.0 of Metamask with true omni-network minting, exchange and access-control. NEST® advantages are protected through novel combinations of market position (e.g. true individual privacy) and custom technologies (e.g. in-house L1, encryption and unlimited L2 extensions). web3 passport

A climber died in a rockfall on Snowmass Mountain during his descent on August 16th, according to the USFS incident page. The web page states that the man was descending when he slipped and fell into a crevice, where he became wedged between two rocks and unable to extricate himself due to extremely loose material covering the snow below. Now you can get clash royale mod apk hack download and learn more new apk apps. Rescue teams were able to reach him and begin first aid until the Summit County Rescue Squad arrived with additional equipment and personnel to assist with extrication.

I think this is an informative post and it is very useful and knowledgeable. therefore, I would like to thank you for the efforts you have made in writing this article. Online Marketing

I wish more authors of this type of content would take the time you did to research and write so well. I am very impressed with your vision and insight. https://sites.google.com/view/business20111/home

This is a good post. This post gives truly quality information. I’m definitely going to look into it. Really very useful tips are provided here. Thank you so much. Keep up the good works. best vietnamese food price

I found this is an informative and interesting post so i think so it is very useful and knowledgeable. I would like to thank you for the efforts you have made in writing this article. chocolate cake delivery in singapore

Well-Written article. It will be supportive to anyone who utilizes it, including me. Keep doing what you are doing – can't pause to read more posts. Thanks for the precious help. order birthday cake singapore