U.S. Congressman Jared Polis, whose district includes Vail and surrounding Eagle County, this week released a discussion draft of legislation to create new wilderness areas in Eagle and Summit County, which he says has garnered broad consensus and is ready for legislative action.

“Our mountain landscapes are something that we take great pride in here in Colorado,” Polis said in a release. “These areas are essential to our economy and our environment, and through this legislation we can ensure that more of our beautiful areas are preserved and can be enjoyed by our children for years to come.”

Real Vail broke news of the discussion draft, which had been circulating in environmentalist circles, on Monday. Polis released his draft publicly on Wednesday. 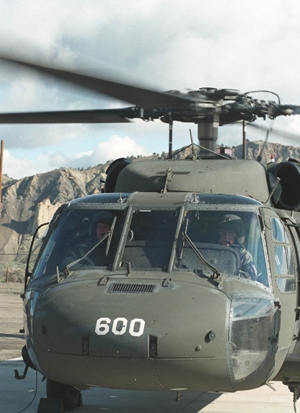 The discussion draft (pdf), entitled the Eagle and Summit County Wilderness Preservation Act, would protect a number of pristine Colorado wild areas by designating some areas as wilderness – in which motorized travel and industrial development such as mining, logging and oil and gas production is prohibited - and designating others that have outstanding community needs as special management areas.

The special management areas include public lands used by the Colorado Army National Guard's High-Altitude Army Aviation Training Site (HAATS) at the Eagle County Regional Airport, where military helicopter pilots from around the world learn to fly in hot, high altitude conditions similar to areas of Afghanistan and Iraq.

This bill would designate nearly 90,000 new acres of wilderness and preserve an additional estimated 80,000 acres as special management areas or companion designations. Click here for a topographic map (pdf) and here for a section-by-section description of the draft plan.

“This discussion draft is the result of many long hours spent bringing stakeholders together, poring over maps, and finding and building consensus within the community,” Polis said. “We went to great efforts to take into account the reasonable needs of users and residents on all sides, and have produced a product that is ready to advance through the legislative process.”

Polis emphasized the draft is not final and he's still open to changes, but he hopes to introduce a bill this fall preserving areas ready for legislation while working on other areas that still need broader consensus.

In discussing the history leading up to the current draft, Polis said the much larger Hidden Gems proposal (more than 300,000 acres in four counties) started the process, but Polis added said public input really shaped the current draft and he reserves the right to introduce additional wilderness legislation at a future date.

“This proposal should by no means be considered a ‘comprehensive' or ‘Hidden Gems' wilderness bill,” Polis said. “There is still an ongoing discussion about other potential wilderness areas, and I will continue working with local governments, residents, and stakeholders on issues and areas that this legislation doesn't address.”

Your blog provided us with valuable information to work with. Each & every tips of your post are awesome. Thanks a lot for sharing. Keep blogging.. soup2day

Love to read it,Waiting For More new Update and I Already Read your Recent Post its Great Thanks. https://stardewvalleyapk.download

You make so many great points here that I read your article a couple of times. Your views are in accordance with my own for the most part. This is great content for your readers. dubai property for sale from verified real estate agencies

Yes, I am entirely agreed with this article, and I just want say that this article is very helpful and enlightening. I also have some precious piece of concerned info !!!!!!Thanks. เว็บสล็อต

Thanks for a wonderful share. Your article has proved your hard work and experience you have got in this field. Brilliant .i love it reading. fun88

This is such a great resource that you are providing and you give it away for free. I love seeing blog that understand the value of providing a quality resource for free. ข่าวกีฬาสดใหม่

Within this webpage, you'll see the page, you need to understand this data. 토토사이트

Yes i am totally agreed with this article and i just want say that this article is very nice and very informative article.I will make sure to be reading your blog more. You made a good point but I can't help but wonder, what about the other side? !!!!!!Thanks 토토사이트

thanks for this usefull article, waiting for this article like this again. 토토사이트 인디벳

Nice post mate, keep up the great work, just shared this with my friendz 토토사이트

I am incapable of reading articles online very often, but I’m happy I did today. It is very well written, and your points are well-expressed. I request you warmly, please, don’t ever stop writing. 꽁머니

Going to graduate school was a positive decision for me. I enjoyed the coursework, the presentations, the fellow students, and the professors. And since my company reimbursed 100% of the tuition, the only cost that I had to pay on my own was for books and supplies. Otherwise, I received a free master’s degree. All that I had to invest was my time. News Zone

Khedut Kalyan Yojana is One Most Popular Website in India. latest yojana information website thats help to get active farmers.