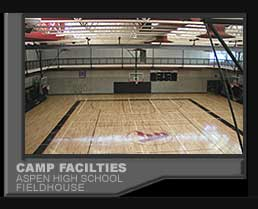 Quinn Issiah Everring, a 16-year-old from Toronto, Canada, had just arrived in Aspen this morning to attend an Aspen Basketball Academy camp. At 4:12 p.m., he was pronounced dead at the Aspen Valley Hospital.

Someone called 911 at about 2:55 p.m. to report that the teenager had collapsed and was “semi-conscious” in the upstairs gym at Aspen High School, which sits approximately 8,000 feet above sea level.

Toronto is 253 feet above sea level.

A statement from the Pitkin County Sheriff's Office said the boy “passed out” while playing basketball in the gym. Bystanders tried CPR on him to no avail. Paramedics transported him to the hospital but he could not be resuscitated. His family has been notified of the tragedy.

The cause of death is under investigation. The Pitkin County coroner is conducting a postmortem exam.