RealAspen News and Community Content Feed
By Real Vail
Real Aspen – June 30, 2011
Three alert bystanders pulled a 63-year-old man from the pond next to the Eagle-Vail Pavilion this afternoon after his kayak flipped over and trapped him underwater, according to the Eagle County Sheriff's Office.

Police were called at about 1 p.m. after the bystanders jumped into the water and pulled the victim to shore. The man was unresponsive and not breathing. 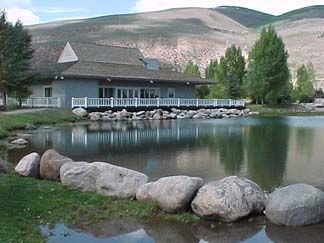 The three bystanders immediately started CPR and administered rescue breaths until medical personnel arrived on scene. The victim, whose name police did not immediately release, was transported to a nearby hospital and had made a full recovery by early evening.

"The Eagle County Sheriff's Office would like to acknowledge the efforts of the three bystanders who acted without hesitation to rescue the male party," police said in a release.