The ESPYs are determined entirely by popular vote. Polling is open now at http://espn.go.com/espys/#!/voting/.

The Athlete of the Year category is the highest individual honor for women with Vonn as the incumbent. Her 2010 victory was the first time a snow sports athlete had won the top honor in the ESPYs' 18 year history. Vonn and Clark are up against WNBA star Lauren Jackson and NCAA hoop standout Maya Moore. 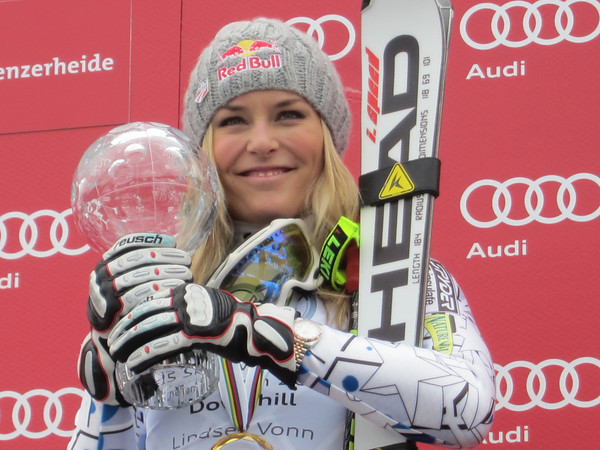 Vonn, the 2010 Olympic gold medalist for downhill, rocketed through last winter to capture three more Audi FIS Alpine World Cup titles to bring her career total to 12 – more than any other American skier – male or female. She also boosted her career World Cup win total to 41, also a U.S. record.

Clark paved the way for snowboarding in 2002 when she became the first athlete to win the ESPY for Best Action Sports Athlete after winning the Olympic gold medal for halfpipe. Two years later the award was split into a male and female category. She is also nominated for Female Action Sport Athlete along with Canadian freeskier Sarah Burke.

Her record-breaking winter included a clean sweep of the Burton New Zealand Open, the O'Neil Evolution, the Burton European Open, the Killington Dew Tour, X Games in Aspen, the Burton Canadian Open, the Snowbasin Dew Tour, the Mammoth Grand Prix, the Burton U.S. Open and the European X Games. She placed an exclamation point on the 10-win season by landing a 1080 in the X Games at Aspen – a first in women's snowboarding history.