RealAspen News and Community Content Feed
By David O. Williams
Real Aspen – June 21, 2011
Dr. Jeffrey Resnick hails from L.A. (Brentwood, no less), is a plastic surgeon, and even had a star turn in an Oscar-winning movie. But that's where all the stereotypes about his profession break down.

A reconstructive and cosmetic plastic surgeon at the Vail Valley Medical Center since 2008, it takes less than 10 minutes of talking to the plain-spoken and affable 56-year-old to realize what he's all about.

It takes a little longer than that, and even a bit of prying, to get him to talk about “A Story of Healing,” which won an Academy Award for best documentary short subject in 1997 by following three plastic surgeons – including Resnick -- doing volunteer reconstructive surgery in Vietnam's Mekong Delta on 110 children with various birth defects and injuries.

The film stemmed from Resnick's longstanding work with Interplast (now ReSurge International) – the oldest of the nonprofit, charitable groups that sends volunteer surgeons around the globe to do reconstructive surgery on burn victims, cancer victims and children suffering from various deformities, including cleft lips and palates.

Resnick's philanthropic work started as a fellow in Southern California in the late 1980s, when he started taking an intern down to small towns in Mexico and performing surgery on children in Red Cross clinics. The work took full flight during his residency and surgical training at Massachusetts General Hospital in Boston, where he got involved with an informal group that took volunteer surgical trips to Vietnam. That experience led to a connection with Interplast, which was interested in doing more in Southeast Asia.

Since then, Resnick spends at least two weeks a year in places like Vietnam, Nepal or Burma (Miyanmar), returning function to children who in the developed world would have had certain deformities dealt with at an early age. But even his day job in Vail involves a fair amount of reconstructive surgery versus the cosmetic surgery that has prompted a wave of reality TV shows in recent years.

Resnick was recruited to the Vail Valley Medical Center because of the Shaw Regional Cancer Center, which had a need for his reconstructive expertise for patients recovering from a variety of cancer surgeries. 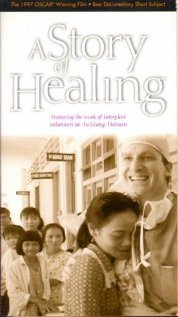 Empty-nesters for the first time – the Resnicks have one son who's a musician in New York and another who's a senior at the University of California at Berkley – Resnick and his wife were able to make the dramatic leap from the demographically similar but climatologically divergent city of Brentwood to the Vail Valley.

“I love it here. I kind of settled in after about 30 minutes,” Resnick said. “My wife kind of misses L.A., but she's coming along. It's a very, very welcoming community here and everyone has made us feel very comfortable right from the beginning. I think my wife has more friends here now than she ever did in L.A.”

And it's not as if Resnick is unaccustomed to mountainous regions. He still recalls fondly his philanthropic forays in Nepal in the early 1990s. There, Interplast started working with a young doctor named Shankar Rai, who was raised in the hill country and had some limited surgical training in Katmandu. As he gained more experience with each successive Interplast visit, and later more surgical training in the United States, Rai eventually eliminated the need for the international visits.

“Now no one goes to Nepal, because he has his own fellows and travels doing cleft lips and palates and set up a burn unit in Katmandu and does all the major burn cases in the country. Pretty impressive,” Resnick said, adding teaching has become an increasingly important part of the overseas trips. But there are typically huge odds against local surgeons having the same success, particularly in war-torn countries.

“That's always the goal, but it takes a very committed individual. And he is very committed individual, but he was doing it against pretty awful odds – the whole Maoist revolution. He would go out in the country with his fellows and take bribe money with him because he'd be stopped all the time, and unless he paid them off, they would kidnap him.”

Not something surgeons typically have to worry about – in L.A. or Vail.

A cosmetic plastic surgeon can be defined as a medical doctor at custom paper writing service reviews who specializes in reconstructive and cosmetic surgery of the body. Today's plastic surgeons specialize in many different modalities, with examples including aesthetic breast revision.

Dr. Paul Resnick is a cosmetic plastic surgeon who has been in practice for over 25 years. He is a member of the American Society of Plastic Surgeons and the American Academy of Cosmetic Surgery. Dr. Resnick is board certified by the American Board of Plastic Surgery and the American Board of Facial Plastic and Reconstructive Surgery. He used to visit https://masterbundles.com/templates/presentations/powerpoint/colorful/ site as well to see best designs as he is also a Fellow of the International College of Surgeons. Dr. Resnick specializes in all aspects of cosmetic surgery including facial rejuvenation body contouring breast surgery and nonsurgical procedures such as Botox and dermal fillers.

It's good to see such great men and their works shared here. I was not aware of the documentary or the inspiration for it. Dr. Resnick has done a great job to ensure those children have a better life. Pain Relief Treatment in Aylesbury Hope the documentary could produce more such medical professionals to make this world a better place.

Dr. Resnick, a plastic surgeon in L.A., was one of the first physicians to perform laser skin resurfacing and has been working with the company since its inception, and you can also check https://nearindex.com/gb to find best companies in UK. The two met while they were both at the University of Southern California, where they were classmates and competed against each other in sports.

There are ways to save money on your fragrance purchases without sacrificing quality. First of all, if you want to get the most bang for your buck when buying Modern perfumes online, consider buying from an online retailer that offers free shipping. Many sites also offer free samples so that you can try them before you buy; this will allow you to test out whether or not the scent appeals to your personal taste before committing to purchasing a full-size bottle.

Plastic surgery is often the result of vanity and a desire to be attractive. Other times, it is required to correct deformities that occur during childbirth or other life experiences. I prefer say that at https://expertbox.io/social-media-marketing-for-clinics and get more new skills for manage their clinic marketing. But one California plastic surgeon makes healing connections between his own patients and their families around the world a goal that serves as a lasting legacy to all he has touched.

I wanted to go to a managerial position, but for this it was necessary to have a good resume. The executive cv writing service helped me deal with it. Thanks to their professionalism, the resume turned out to be complete and interesting, and my candidacy was selected.

I truly welcome this superb post that you have accommodated us. I guarantee this would be valuable for the vast majority of the general population. 88bet

I am always searching online for articles that can help me. There is obviously a lot to know about this. I think you made some good points in Features also. Keep working, great job ! Nerium Review

I want to say thanks to you. I have bookmark your site for future updates. Princess House Reviews

Great post I would like to thank you for the efforts you have made in writing this interesting and knowledgeable article. Princess House Reviews

This was among the best posts and episode from your team it let me learn many new things. Homebiz Advisors Reviews

This is a good post. This post gives truly quality information. I’m definitely going to look into it. Really very useful tips are provided here. Thank you so much. Keep up the good works Homebiz Advisors Reviews

Easily, the article is actually the best topic on this registry related issue. I fit in with your conclusions and will eagerly look forward to your next updates. Just saying thanks will not just be sufficient, for the fantasti c lucidity in your writing. I will instantly grab your rss feed to stay informed of any updates. Quick Start Commission System Review

Awesome blog. I enjoyed reading your articles. This is truly a great read for me. I have bookmarked it and I am looking forward to reading new articles. Keep up the good work! Quick Start Commission System Review

It's late finding this act. At least, it's a thing to be familiar with that there are such events exist. I agree with your Blog and I will be back to inspect it more in the future so please keep up your act. Quick Start Commission System Review

Cosmetic plastic surgeon Dr. Bryan Resnick makes healing connections from L.A. to Vail to Asia, helping people look and feel good in their own skin with procedures ranging from Botox and facelifts to laser hair removal and tattoo removal. We are providing you 먹튀사이트 for your latest sports game. He answers questions on Daily Burn's Facebook page and offers advice on the techniques he uses on patients.

gemstones are expensive but when you give a ring with gemstone to your girlfriend, she would really like it.. Bespoke Dress Shirts