RealAspen News and Community Content Feed
By Real Vail
Real Aspen – June 13, 2011
Now that Mother Nature seems to be in a cooperative mood, summer in the Vail Valley will officially get underway Tuesday evening, June 14, as the 2011 edition of the Bud Light Hot Summer Nights free concert series opens with the sounds of Grupo Fantasma at the Gerald R. Ford Amphitheater in Vail.

All free shows in the nine-week series, scheduled from June 14 to August 30, will get underway at 6:30pm, with doors to the Ford Amphitheater opening to the public at 5:30pm.

“Tuesday nights during the summer are pretty much a given for the locals,” explained Ceil Folz, president of the Vail Valley Foundation. “It's get off work, get home, get changed and get to the Amphitheater for Bud Light Hot Summer Nights. What started out as a weekly gathering of locals has turned into a major summer attraction for both residents and guests, and we now have people driving over from Summit County and sometimes from Denver for shows and a tremendous anticipation of the announcement of the bands every spring.”

Known as “Latin-funk masters,” the Grammy Award-winning 10-piece Grupo Fantasma is the funkiest and finest Latin orchestra to come out of the United States in the last decade. The band weaves salsa, old-school funk and Reggae together to create a sound all its own, which blasts off in funkified, genre-breaking directions. 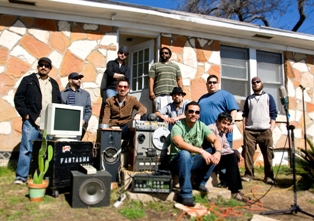 Bud Light Hot Summer Nights will take the first of two short breaks on July 5 as Darius Rucker graces the Ford Amphitheater stage for a special concert to benefit the Steadman Philippon Research Institute. The second Hot Summer Nights hiatus will come August 2 and 9 during the Vail International Dance Festival.

Once the Dance Festival comes to a close, Yo Mama's Big Fat Booty Band will inject some southern funk into the Ford Amphitheater on August 16, while August also showcases the rockin' blues talents of Carolyn Wonderland on August 23. Bud Light Hot Summer Nights finishes off the summer free music scene with alt-rock icons, Cracker on August 30.

The Gerald R. Ford Amphitheater is located east of Golden Peak at Ford Park in Vail. Concert attendees are asked to park at the main Vail Village parking structure, with overflow parking at the Lionshead parking structure. For added convenience, the free Town of Vail shuttles will run extended routes past Golden Peak from 5:30-9:30pm, with a drop off at the soccer field near the Ford Amphitheater. Additionally, a special Village-to-Village express bus will run from 4-9:30pm with stops at the east entrance of the Lionshead parking structure, in front of the Vail Village Information Center and at Ford Park.

Once inside the concert venue, picnics with commercially-sealed non-alcoholic beverages are permitted, as are legless lawn chairs, blankets and umbrellas. Bikes, skateboards and dogs are prohibited at the Ford Amphitheater. A concession area with a full grill and bar service is available.