RealAspen News and Community Content Feed
By David O. Williams
Real Aspen – May 27, 2011
A nonprofit sportsmen's group Thursday released a report detailing 10 years of oil and gas spills in the three counties in Northwest Colorado that include parts of the heavily drilled Piceance Basin.

The Bull Moose Sportsmen's Alliance released an analysis (pdf) detailing nearly 1,000 spills of wastewater, oil and other fluids between 2001 and 2010 – or a rate of about 100 a year. The data came from the Colorado Oil and Gas Conservation Commission (COGCC), which regulates oil and gas drilling in the state. 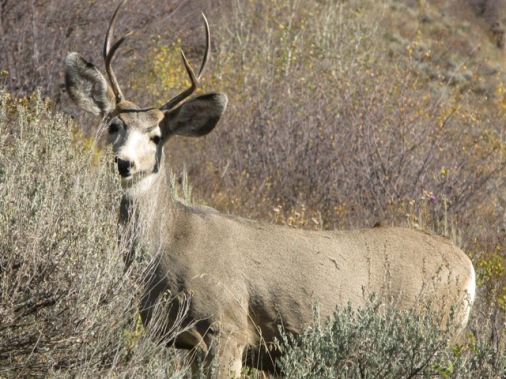 According to the report: “About 91 percent of the oil and gas fluids spilled in the three counties from 2001 to 2010 was wastewater, also known as produced water. That water can contain salt, oil and grease, along with naturally occurring radioactive material and inorganic and organic compounds.”

“A lifelong resident of Colorado, I have vivid memories of hunting and fishing with my dad in the Piceance Basin,” said Gaspar Perricone of the Bull Moose Sportsmen's Alliance.

“We have seen firsthand the devastating effects of these spills and accidents. In addition to groundwater contamination, rigs, roads and production facilities have significant impacts on wildlife migratory patterns and fish habitat.”

In an interview earlier this month with the Colorado Independent, COGCC Executive Director David Neslin said investigating and resolving the state's backlog of spill complaints is a top priority.

Many of the most high-profile spills have been dealt with in recent years, resulting in record fines against the companies responsible.

Exotic hunts are great, but sometimes you need to be careful. The best hunts are North Texas exotic hunts, and my friends can back me up here. If you've never been on an exotic hunt before, you should go soon.

I am glad that there is some concern for the wildlife among all the oil and gas spills that are happening at this spot. There are horses for sale, and I don't think it's right for these horses to be at a place where there are gas spills.

This Bull Moose group did the right thing by citing these concerns in their new report. I was working on the dark web when I saw this report. I read it immediately, and I found it inspiring.

This Bull Moose group did the right thing by citing these concerns in their new report. I was working on the dark web when I saw this report. I read it immediately, and I found it inspiring.

It is a fantastic post – immense clear and easy to understand. I am also holding out for the sharks too that made me laugh. dark web links