RealAspen News and Community Content Feed
By Troy Hooper
Real Aspen – May 22, 2011
Federal agents have apprehended nine people, six of them from Aspen, accusing them of trafficking copious quantities of cocaine to this ritzy ski resort over the last 15 years.

In all, 10 defendants were charged in a sealed indicted returned by a federal grand jury in Denver on April 19.

Nine of the 10 defendants were arrested Thursday and one man is at large. 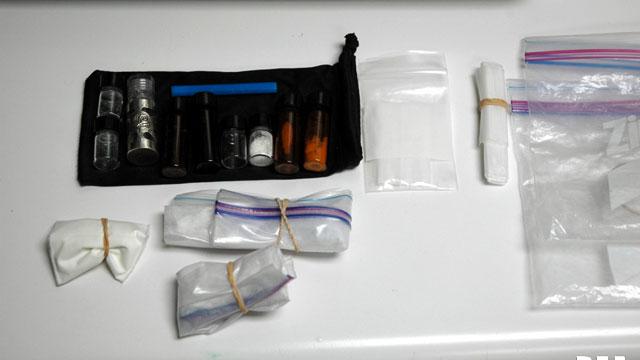 “Thanks to the hard work of the Drug Enforcement Administration with assistance from the HIDTA Two Rivers Drug Enforcement Team (TRIDENT), Aspen cocaine dealers have been arrested, significantly reducing the supply of cocaine in that community,” U.S. Attorney John Walsh said in a prepared statement issued on Friday.

The indictment said $175,614 in cash was seized during the investigation, along with more than $2 million in alleged drug-related property.

“This operation dealt a significant blow to a major drug trafficking organization with potential ties to the violent cartels that have murdered thousands in Mexico,” said DEA Acting Special Agent in Charge Kevin Merrill. “These arrests make Aspen and its surrounding communities safer by taking significant amounts of drugs off the street and putting violent criminals behind bars. [The] DEA and its partners will continue to attack those drug pushers who threaten our neighborhoods and streets.”

If convicted of the maximum penalty, each defendant faces not less than 10 years, and up to life in federal prison, as well as a $10 million fine.

Keep up the great work, I read few blog posts on this site and I conceive that your web blog is real interesting and holds circles of fantastic info. เล่นบาคาร่าออนไลน์

I’ve recently started a site, and the information you offer on this website has helped me greatly. Thank you for all of your time & work. eta new zealand visa

You understand your projects stand out of the crowd. There is something unique about them. It seems to me all of them are brilliant. 출장안마

Hello There. I found your blog using msn. This is an extremely well written article. I will be sure to bookmark it and return to read more of your useful information. Thanks for the post. I’ll certainly comeback. 라이브카지노커뮤니티

Hey, this day is too much good for me, since this time I am reading this enormous informative article here at my home. Thanks a lot for massive hard work. indobet

If more people that write articles involved themselves with writing great content like you, more readers would be interested in their writings. I have learned too many things from your article. 꽁머니

I really impressed after read this because of some quality work and informative thoughts . I just wanna say thanks for the writer and wish you all the best for coming!. japandi interior style

Feds busted nine in alleged Aspen cocaine ring July 11, 2014, By Terrance Hopkins, A federal judge has sentenced nine people, including a married couple and four of their friends, for using social media to distribute cocaine, as well as distributing photo albums that promoted the use of the drug. U.S. District Judge William J. Must you follow this painters christchurch and get more tips about roof painting. Martinez handed down his sentences on Tuesday morning at the federal courthouse in Colorado Springs.

Pretty good post. I just stumbled upon your blog and wanted to say that I have really enjoyed reading your blog posts. Any way I'll be subscribing to your feed and I hope you post again soon. Big thanks for the useful info. Visit my site

Yes i am totally agreed with this article and i just want say that this article is very nice and very informative article.I will make sure to be reading your blog more. You made a good point but I can't help but wonder, what about the other side? !!!!!!THANKS!!!!!! https://homedesigninstitute.com/course/202/

I would like to say that this blog really convinced me to do it! Thanks, very good post. https://topsocialplan.com/story12970965/considerations-to-know-about-startupo-fr

Japandi is a design style that combines the best of Japanese and Scandinavian design. The term "Japandi" is a combination of the words "Japanese" and "Scandinavian," and it reflects the fusion of these two distinct design traditions. Japandi furniture is typically characterized by simple, clean lines and a focus on natural materials. Wood is a common element in Japandi furniture, as are muted earth tones and organic shapes. The overall effect is a peaceful and serene aesthetic that is perfect for creating a calm and relaxing environment. If you're interested in learning more about Japandi design, there are several online courses available that can teach you the basics of this unique style. japandi style

I think this is an informative post and it is very useful and knowledgeable. therefore, I would like to thank you for the efforts you have made in writing this article. gymnastic stretching

All your hard work is much appreciated. Nobody can stop to admire you. Lots of appreciation. https://putlocker.work

Excellent article. Very interesting to read. I really love to read such a nice article. Thanks! keep rocking. https://thecouchtuner.space

Pretty good post. I just stumbled upon your blog and wanted to say that I have really enjoyed reading your blog posts. Any way I'll be subscribing to your feed and I hope you post again soon. Big thanks for the useful info. نقل اثاث بالرياض