RealAspen News and Community Content Feed
By David O. Williams
Real Aspen – May 16, 2011
Colorado's top oil and gas regulator and the head of one of the state's leading industry lobbying groups both say federal legislation compelling disclosure of the chemicals used in hydraulic fracturing would not have prevented the state's worst cases of groundwater contamination.

“Has the action of injecting at high pressure these fluids into the hydrocarbon formation, do we have evidence that that has contaminated groundwater? No, we don't,” said David Neslin, executive director of the Colorado Oil and Gas Conservation Commission, which regulates natural gas drilling for the state.

“But I've also made no secret of the fact that, yes, there have been other operational aspects of oil and gas development such as pit leaks, pipeline breaks and in a couple of cases bad cement jobs that have leaked methane, which have impacted the environment.”

U.S. Reps. Diana DeGette and Jared Polis, both Colorado Democrats, are sponsors of the Fracturing Responsibility and Awareness of Chemicals (FRAC) Act, which would require public disclosure of chemicals used in hydraulic fracturing, or “fracking.”

DeGette says it's necessary to disclose the chemicals and regulate the process under the Safe Drinking Water Act because of public fears and anecdotal evidence that fracking has contaminated groundwater supplies. The process has been exempt fro the Water Act since the Energy Policy Act of 2005. 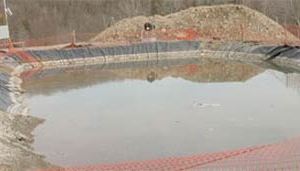 Industry officials, however, say secrecy is necessary for proprietary reasons. They also maintain fracking — which involves the high-pressure injection of mostly water, sand and some chemical additives deep into natural gas wells to force open fissures and free up more gas — occurs so far below the surface that there's no way the chemicals, some of which are known human carcinogens, are contaminating much shallower groundwater supplies.

“The main question that I contemplate is why the focus on disclosure?” said Tisha Schuller, executive director of the Colorado Oil and Gas Association (COGA). “Disclosure doesn't actually prevent groundwater contamination.”

Schuller also echoed Neslin's sentiments in an article posted on the COGA website: “The two most important areas to prevent environmental effects are spills and proper well construction. Both of these areas are regulated by state law.”

But DeGette, the ranking member of the House Oversight and Investigations Subcommittee, has helped spearhead two recent congressional probes showing the use of diesel fuel in fracking, as well as up to 29 known human carcinogens.

“We have all of this anecdotal reporting of hydraulic fracturing fluid harming people, but because [companies] don't have to report what's in it [under the Safe Drinking Water Act], then we don't have proof that that's what's harming people,” DeGette said, “so I've suggested an interim remedy since the industry says there's nothing wrong with this fluid of reporting it.”

Her bill would only require companies to report the types of chemicals used in fracking, not the proportions. Current Colorado regulations require operators to keep a list of chemicals being used on site at drilling operations and to make it available to state regulators and emergency responders upon request within 24 hours.

“But if the industry thinks, ‘Well, gee, we should regulate these holding ponds and the casings and things like that,' what that is, that's my original bill that they really disagree with,” DeGette said. “So they may not want to make that argument, because the issue of disclosure is sort of a medium-range issue.”

The record state fine for contamination of a drinking water well was leveled against Oklahoma-based Williams, the largest natural gas producer on Colorado's Western Slope. Ned Prather chugged benzene-laced water from his well near Prather Springs, prompting a $423,000 fine for Williams and shattering the old mark of $390,000 against Oxy USA in the Cascade Canyon spill.

“Would requiring the disclosure of the chemicals in the fracking fluid that was used for the well in question have better protected Mr. Prather from impact or prevented a leak of condensate from the pit? No, it wouldn't have,” Neslin said. “A better lined pit and better monitoring and maintenance of the pit would have reduced the risks in question in the Prather situation and so that's what we should be focusing on.”

The most famous case of groundwater contamination occurred when a badly cemented well bore resulted in methane flowing into West Divide Creek in Garfield County. For years, that case held the record fine amount of more than $370,000 leveled against EnCana.

Neslin was accused by the nonprofit Checks and Balances Project of misleading the Senate Environment and Public Works Committee when he testified last month that hydraulic fracturing has never been found to have contaminated groundwater in Colorado. He later told the project's reporter that other aspects of drilling – bad cement jobs, pit leaks and pipeline failures – have caused contamination.

“I don't view it as compartmentalizing,” Neslin said. “I view it as our job as regulators to look at the different aspects of oil and gas development, try to understand the risks associated with those different operations or aspects of development and ensure that those risks are properly regulated and mitigated.”

But Democratic lawmakers, and even some Republicans, continue to make the argument that if hydraulic fracturing is so benign, then the industry should simply disclose the chemicals and no longer hide behind the Safe Drinking Water Act exemption for the process granted by Congress during the Bush administration in 2005.

“It's a Catch 22 in that there's no reporting [of chemicals] and so they say there's no evidence [of fracking contaminating groundwater], so let's find out,” House Minority Leader Nancy Pelosi told the Colorado Independent. “It may be that they're not in violation of the Safe Drinking Water Act and that they're going deeper or whatever it happens to be. But if there's so much natural gas that they want to get at, the public has a right to know.”

Neslin said that so far this year about 75 percent of the new natural gas wells in Colorado have been drilled by companies that are participating in or have committed to participating in the state's new voluntary disclosure website. He hopes that percentage will only increase over time.

“I know that there have been concerns about the fact that it's a voluntary website, but if you look on the website, it contains an impressive level of detail and information and in terms of accuracy there are ways that organizations involved can audit the information or have audits of the information done to hopefully provide even greater levels of credibility for that website,” he said.

It is also true that posting the height of an overpass will not stop trucks from crashing into highway bridges.

Which is to say, this is a not-too-clever red herring.

As I suspect Ms. Schuller knows, the purpose behind disclosure is to better enable tracing back causes of water well contamination--to either establish, or refute, a link with fracking. Without such disclosure, establishing such a link with any certainty (or refuting it, for that matter) is much more difficult, which--it seems apparent--is how COGA wants to keep it.

Disclosure is definitely not the only thing needed to protect groundwater, but it is important because it gives both regulators and communities critical information that is needed to best protect groundwater and investigate accidents. Since the state of Wyoming already requires disclosure, without any opposition from industry, it's hard to understand why anyone in Colorado would oppose it.

In addition, the FRAC Act introduced by Representatives DeGette and Polis would allow for federal standards for the fracturing process, including well construction. Citizens of all states would have the same basic protections, which is not now the case, and the FRAC Act provides flexibility by allowing states to design their own programs.

Disclosure is a start. The oil and gas industry has so much power, I suspect they may have to be taken down a notch at a time. Though I'm not overly familiar with the Safe Drinking Water Act, it may allow much more regulation of the industry's practices by the very fact that they will be subject to that act. Even so, BASELINE TESTING OF AQUIFERS AND WELLS BEFORE DRILLING/FRACKING TAKES PLACE IS ESSENTIAL for any possibility of holding drillers responsible, since they always claim in court that the waters were polluted to begin with, and the burden of proof lies with the plaintiff.