RealAspen News and Community Content Feed
By David O. Williams
Real Aspen – May 12, 2011
On the final day of the legislative session Wednesday, Colorado's conservation community praised state lawmakers for staving off a slew of bills aimed at turning back the clock on the Ritter administration's “New Energy Economy” and also for passing a handful of bills that actually advance the state's reputation as a leader in clean energy policies.

“This session has been a success for protecting Colorado jobs, Colorado air and water and Colorado public health and safety,” Elise Jones, executive director of the Colorado Environmental Coalition, said in a release. 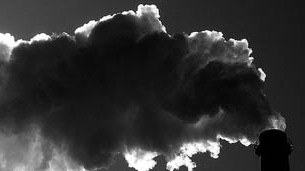 “While some lawmakers pledged to move us backwards at the beginning of this session, the haze implementation plan approved this session is an historic step towards improving our air quality, and Colorado's commitment to clean energy and conservation remains as strong as ever.”

“SIP is the final piece of the puzzle for Clean Air, Clean Jobs,” Pam Kiely, program director for Environment Colorado, said in a release. “This legislature has answered Coloradans' call for clean air and a stronger economy by finalizing a plan that makes Colorado the national leader in the clean energy economy.”

With Senate Bill 71, Republicans also tried to roll back the state's 30 percent renewable energy standard by 2020 – a target Xcel officials say they are ahead of schedule to achieve. And Senate Bill 113, which was also defeated, would have torpedoed Clean Air, Clean Jobs altogether.

“Year after year Coloradans demand their legislators protect our clear air and water for our economy and our way of life,” Pete Maysmith, executive director of Colorado Conservation Voters, said in a release. “This year showed that our state is not interested in looking backwards as every attempt to undo safeguards for Colorado's environment and clean energy economy was soundly defeated.”

The Republican-controlled House often led the charge, with the Democratic majority in the Senate left to fend off repeated bids to undercut clean energy initiatives and bolster traditional extractive forms of energy such as coal, oil and gas.

Senate President Brandon Shaffer, D-Longmont, offered this statement on clean energy in his final assessment of the 2011 legislative session:

“We made great gains with bills that will stimulate job growth, create increased opportunities for new start-up companies, and ensure the security of Colorado's economic future,” Shaffer said. “We strove to increase Colorado's presence in clean energy and promote green jobs in order to keep our state competitive in the clean technology industry.”

Conservation groups also praised the defeat of House Bill 1223, which would have eliminated a voting role for the Colorado Department of Public Health and Environment and the Department of Natural Resources, as well as reduced the participation of community advocates, on the Colorado Oil and Gas Conservation Commission board, which regulates oil and gas drilling in the state.

Besides holding the line against GOP attempts to turn back renewable energy initiatives, Democrats also touted a few successes. Senate Bill 267, which will create a working group to study and come up with a plan to push biomass power plants as a means of mitigating the ongoing pine bark beetle epidemic, passed on third reading in the House Wednesday.

Dubbed the Forest Health Act of 2011, SB 267 was sponsored in the Senate by Sen. Gail Schwartz, D-Snowmass, and in the House by state Reps. Millie Hamner, D-Dillon, and Don Coram, R-Montrose.

“As we continue our work to combat Colorado's serious beetle epidemic, the group of experts brought together by this bill will help us harvest fuels, develop healthy forests and allow our state to address the threat of tragic forest fires,” Schwartz said in a release.

Colorado and southern Wyoming have been ravaged by an ongoing mountain pine bark beetle epidemic that has killed more than 4 million acres of lodgepole pine trees. Several communities, including Vail and Avon, have explored ways to mitigate the impacts by using forest waste to create heat and electricity in biomass power plants. Vail was on the verge of developing a multi-megawatt biomass power plant but lost out in the final round of Department of Energy funding.

Such facilities have been producing power in Europe for years, utilizing a process called high-heat wood gasification that consumes forest waste with very low emissions. It's considered carbon neutral when compared to the emissions that would occur in a fire or even in the normal process of decomposition on the forest floor.

However, environmental groups have expressed concerns about accessing the dead trees in and around mountain communities, fearful that new networks of logging roads will be needed to thin forests on public lands, thereby creating erosion problems and impacting streams and rivers.

The new group formed under the bill and convened by the Colorado State Forester “will help us to identify market-based solutions to protect our forests, stimulate biomass energy development and create good paying jobs,” according to Schwartz.

The working group must complete its initial report by Nov. 1 and then finalize it and present it to the State Legislature by Jan. 1 of next year.

Here's a complete list, per a press release from Colorado conservation groups, of both the bills cited as successes for the environmental movement and those touted as defeats for Republicans looking to roll back Ritter's new energy agenda:

• Passed House Bill 1275, which sets up a state-wide diesel idling standard that will further help clean up Colorado air.

• Passed Senate Bill 110, which requires counties to set up an open burning permit system for the purposes of safely disposing of slash piles.

• Defeated House Bill 1223, which would have eliminated a voting role for the CDPHE and DNR and diluted the role of community advocates on the Colorado Oil and Gas Conservation Commission board.

• Defeated House Bill 1075, which would have eliminated state funding for transit projects.

• Defeated Senate Bill 71, which would have rolled back the state's renewable energy standard.

• Defeated Senate Bill 58, which would have precluded consideration of benefits of clean energy in utility resource planning.

• Defeated Senate Bill 113, which would have rolled back the Clean Air, Clean Jobs Act of 2010.

• Defeated Senate Bill 95, which would have repealed $250 million per year in FASTER safety funding for roads and bridges.

• Defeated House Bill 1271, which would have increased summer energy rates for most Xcel costumers.

• Defeated House Bill 1084, which would have repealed $25 million per year in FASTER safety funding for roads and bridges.

• Defeated House Bill 1150, which would have transferred $5 million per year of wildlife cash funds to water storage projects.

• Defeated House Bill 1116, which would have required municipalities to seek voter approval for contracting trash removal and recycling.

• Defeated House Bill 1264, which would have opened up all county roads to off-highway vehicles, increasing access to sensitive public lands.

• Defeated House Bill 1220, which would have allowed state sales tax dollars to be prioritize some transportation projects (and associated private development) over others across the state.

• Defeated House Bill 1255, which would have created new tax credits that could have been used to incentivize business parks.
RealAspen News and Community Content Feed