RealAspen News and Community Content Feed
By David O. Williams
Real Aspen – April 4, 2011
Until recently, most of the debate over nuclear power in Colorado had to do with whether to mine and mill more uranium to be shipped elsewhere for conversion into fuel rods to power nuclear plants in other states and other countries around the world.

The magnitude-9 earthquake and tsunami that crippled the Fukushima nuclear plant in Japan on March 11 changed both the nature and the tenor of the discussion in Colorado – a state that produced some of the uranium ore used in developing the nation's first nuclear weapons.

Hearings last month for a proposed up-zoning in Pueblo County that would allow for a clean energy park and a nuclear power plant drew large crowds of area residents concerned about events in Japan. The zoning change will reportedly be decided on April 25, but likely not before more heated protests. In fact, the Rocky Mountain Chapter of the Sierra Club held a “Stand up Against Nuclear Power” rally Friday at the Pueblo County Courthouse. 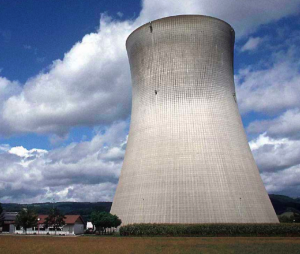 And there has been renewed scrutiny of the more than 14 metric tons of spent nuclear fuel being stored at Colorado's one and only (and now defunct) nuclear power plant — Fort St. Vrain between Greeley and Longmont near the town of Platteville. Americans are more nervous than ever about natural disasters or terrorist attacks targeting growing stockpiles of nuclear waste.

All of these factors have combined to send uranium prices plummeting and to raise a new round of questions about the viability of Colorado's uranium mining industry, which is currently being driven mostly by Canadian companies. As of March 28, a pound of uranium was selling for $62.50, down $7.25 a pound from a month ago.

Frank Filas, environmental manager for Energy Fuels, admitted it's been a tough couple of weeks, but he added that his company, which has been approved to build the nation's first new uranium mill in decades, is still finding investors.

“We're raising $10 million this week and that's more than adequate to fund our short-term plans as far as through the year and into early next year, but that incident [Fukushima] made us delay our plans a little bit because of that,” said Filas, whose Toronto-based company has won both state and county approval for the Piñon Ridge Mill in western Montrose County.

“From a realistic perspective, you've got a 40-year-old nuclear reactor [Fukushima] that got hit with a magnitude-9 earthquake and a 30-foot tsunami,” Filas said. “Given those circumstances, that's not going to hurt the nuclear industry that much in the long run.”

Hilary White of the Telluride-based environmental group Sheep Mountain Alliance (SMA), which has sued both the state and county to stop the Piñon Ridge Mill, all along has questioned the financial viability of the plan.

“The price of both Energy Fuels stock and the spot price of uranium was falling before this accident [in Japan],” White said. “Energy Fuels has been a highly speculative, cash-poor company throughout this process and it is very likely the financing for the proposed mill would not have happened regardless of the situation in Japan.”

“SMA continues to focus our efforts on the specific problems with the proposed mill site, such as a lack of detailed emergency planning and preparedness, impacts to Paradox Valley, and our concerns with air and water quality that remain unaddressed,” White said.

Filas counters that uranium mining, the front-end of nuclear power, poses nowhere near the risks of the power-producing back end.

“There's very little risk on our end of the industry because basically we're mining uranium and vanadium ore and those are natural resources with relatively low levels of radiation,” Filar said. “It's not until you take that uranium yellowcake that we produce and ship it to several more stages of processing where they concentrate the uranium 235 that it becomes much more radioactive.”

Sharyn Cunningham of the Cañon City-based Colorado Citizens Against ToxicWaste has been battling the Cotter Mill uranium-processing facility near her hometown for years, fighting Cotter's attempts to resume and expand operations before fully cleaning up old contamination issues. She disagrees about the less impactful nature of the mining end of nuclear power.

“What I've been involved in researching and learning about since 2002 was the front end of the nuclear fuel production, which is the mining, milling, conversion and enrichment [of uranium], so I'm well aware of the contamination and the expense to the taxpayer just to produce fuel for a nuclear reactor,” Cunningham said. “So personally – and I think it reflects the opinion of a lot of other people – if Pueblo County rezones for a nuclear reactor, it will absolutely encourage uranium mining and milling in Colorado.”

Filas said people who are opposed to nuclear power in general tend to lump the mining end and the power production end together.

“I can certainly see people linking us with the reactors because if they're against nuclear reactors, they're going to be against us, and that's where most of the opposition that we see ultimately comes from is from people who are convinced nuclear power is not a good way to go,” Filas said.